Australia's Mitchell Starc recently confirmed that he will not take the field for the Sydney Sixers in the much-anticipated Big Bash League Final. 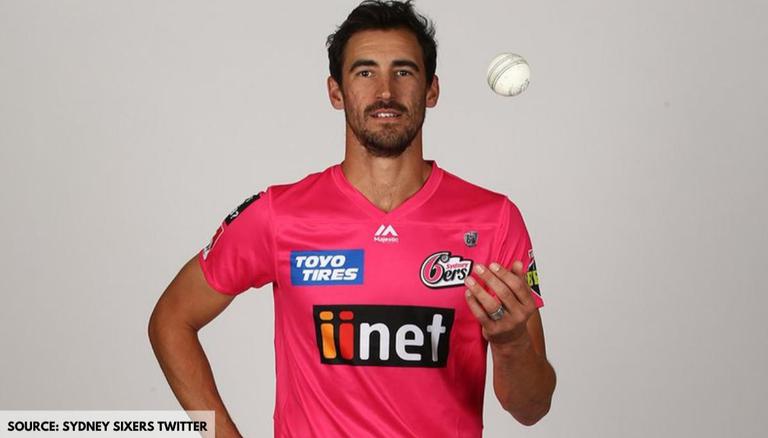 The Sydney Sixers have played exceptional cricket in the ongoing Big Bash League. With their consistent performances, the side has made its way into the Final of the competition, and its players will be eying to go all guns blazing in the ultimate contest in an attempt to successfully defend their title. The team's head coach, Greg Shipperd, had recently hinted about the possibility of Mitchell Starc taking the field for them in the crucial fixture. However, the lanky fast bowler has confirmed that he will not feature in the encounter.

BBL 2021 Final: Mitchell Starc makes himself unavailable for the game

Considering Mitchell Starc's vast international cricketing experience, his addition to the Sydney Sixers would have further strengthened their already potent bowling attack. Moreover, the pacer also has a tendency to up the ante in big matches. With the team management also keen on having the bowler for the game, fans were hoping to see their favorite star return for the T20 contest.

However, the fiery fast bowler in his official statement put an end to all the conjunctures surrounding his return. The 31-year-old appreciated the players for their stellar outing and mentioned how it is in the best interest of everyone to stick with the cricketers who have toiled hard this season to take the Sixers to the BBL 2021 Final. The left-armer also stated that he has always felt a part of the club, and he will be rooting for them to retain their title.

🏏 The Sixers and Mitchell Starc today mutually agreed that the Test fast bowler would not join the squad for this Saturday’s @BBL Final at the @scg.

Mitchell Starc had an underwhelming run in the recently concluded Border-Gavaskar Trophy and was also criticised by many for his ordinary performances with the ball. The bowler had also reportedly sustained a hamstring injury during the Test series, and that could be one of the reasons for his unavailability. The Australian's name is a part of the upcoming IPL auction, and he is expected to fetch a lucrative contract this season considering his remarkable record. The IPL auction will be held in Chennai on February 18.