Ahead of the upcoming edition of IPL, Royal Challengers Banglore (RCB) went into a sudden social media dark mode as they deleted all their posts off Instagram

Ahead of the upcoming edition of the Indian Premier League (IPL), Royal Challengers Banglore (RCB) appears to have gone into somewhat of a social media 'dark mode', with the team deleting all of their posts from Instagram. The franchise also removed their display picture from both Instagram and Twitter. 'Voice of Indian Cricket' Harsha Bhogle also tweeted about the suspicious incident. 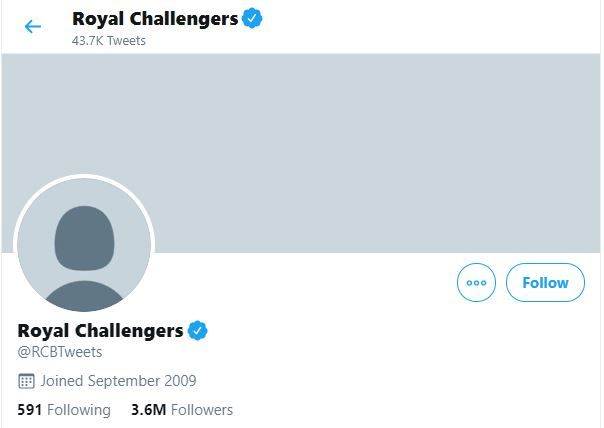 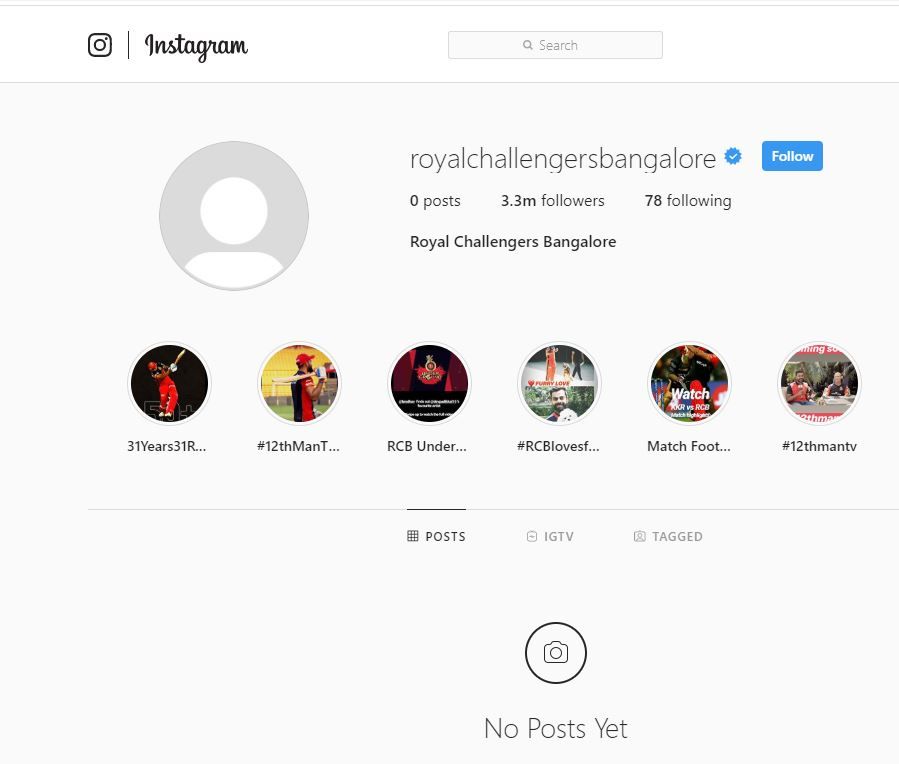 Indian skipper Virat Kohli who captains the side has failed to grab the cup even once. However, the team's management has made it clear that it is not looking at any leadership change ahead of the upcoming season.

RCB looked determined to go big in the auctions that were held earlier in 2019. Regardless, the franchise secured the services of Aaron Finch, Chris Morris, Dale Steyn, Kane Richardson, and Isuru Udana. With some new editions to their squad, RCB looks positive to add a piece of silverware to their cabinet to end their winless drought.

READ | Jimmy Neesham Plays Down Banter With K L Rahul, Asks Him To 'save Some Runs' For The IPL