REN vs SCO Dream11: Melbourne Renegades will face Perth Scorchers in 2019-20 Big Bash League. The match will be played at Simonds Stadium in Geelong on Tuesday.

Melbourne Renegades will face Perth Scorchers in the 2019-20 Big Bash League. The match will be played at Simonds Stadium in Geelong on Tuesday at 1:40 pm. Fans can also play the REN vs SCO game on the fantasy gaming app – Dream11. Here are the REN vs SCO Dream11 predictions and squad details.

The defending champions, Melbourne Renegades, are yet to win a game in BBL 2019-20 season. With time running out, Aaron Finch and his team will have step up against Perth Scorchers to win the game and stay in the hunt to defend their crown. In the previous match between both the sides, Mitchell Marsh produced a Man of the Match performance against Melbourne Renegades to take his team to victory. Both the teams will be eager to win the match and also ensure they stay in hunt to reach the playoffs of the tournament.

When you flipped the bat as a four year old, you were probably flipping it in the backyard, on the beach or in the street. This young Renegade has done it in the middle of GMHBA Stadium. She's made it in life already #GETONRED

Ahh the result? We lost the toss + will bat first pic.twitter.com/uQhJzUwPTP 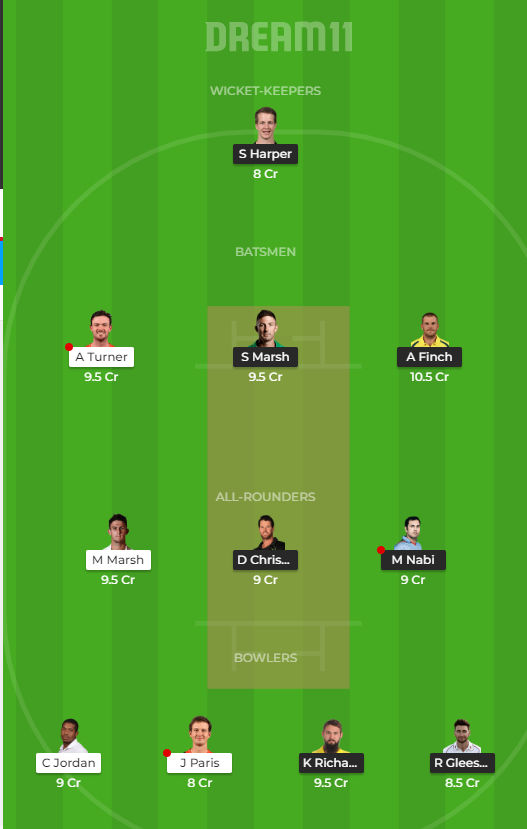 Perth Scorchers will be favourites to win the game.