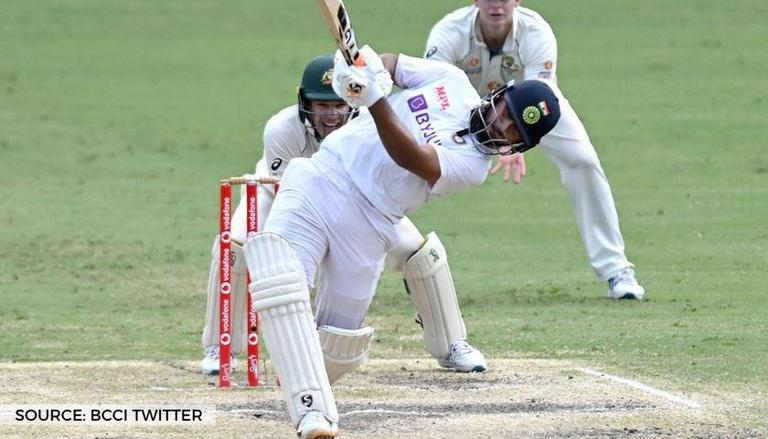 Rishabh Pant scored an unbeaten 89 to power India to a historic series-clinching victory at Australia’s ‘fortress’ The Gabba. The dazzling wicketkeeper-batsman scored attacking shots all across the iconic venue and took a special liking to 100-Test veteran Nathan Lyon. Pant’s innings came from just 138 balls after opener Shubman Gill struck an equally aggressive 91 at the top of the order to set up the series-decider for an exciting finish late on Day 5.

Rishabh Pant was the hero as an injury-ravaged India ended Australia's 32-year undefeated run at the Gabba, executing a record-breaking final day chase to win the Test by three wickets and the series 2-1 #AUSvIND https://t.co/yd3LTSJq1F

Rishabh Pant joined batting barnacle Cheteshwar Pujara at the crease at 167-3, i.e. after the early departure of skipper Ajinkya Rahane. While Pujara tired out the Australians by guarding his end, Pant played counter-attacking cricket and kept ticking off the required runs for India. During his three-hour stay at the crease, the youngster took smart singles, whacked nine boundaries and clobbered a huge six off the bowling of Nathan Lyon.

Here is a look at the highlights from Rishabh Pant’s Day 5 blitzkrieg; watch video

Rishabh Pant's stats in Test cricket compose of some impressive numbers. Across 27 innings spanning 16 Tests, Pant has aggregated 1,088 runs at an average of 43.52. During the course of his match-winning knock at The Gabba, he overtook MS Dhoni to become the quickest Indian wicketkeeper to get to 1,000 runs in Test cricket.

Apart from his batting mavericks, Rishabh Pant also entertained the crowd by singing an entire verse of the Hindi version of the Spiderman song on Day 4. When Cameron Green and Australian skipper Tim Paine were batting at the crease at 197-5, Pant was spotted singing the song in his hilarious attempt to distract the two batsmen. Here is a look at the entire Rishabh Pant Spiderman singing special from Day 4.