Indian shuttler Saina Nehwal congratulates Virat Kohli and Anushka Sharma after the couple announced that they are expected a baby in January 2021.

On Thursday, Indian cricket captain Virat Kohli announced that he and wife Anushka Sharma are expecting their first child. "And then, we were three! Arriving Jan 2021," they wrote on social media. Fans, athletes and celebrities came together to congratulate the couple on social media. Both of them shared the same photo of Anushka Sharma flaunting her baby bump while Kohli stood behind her.

Congratulations 🥳👶🏻 ....You two deserve every bit of happiness this baby is going to bring you. Good luck 👍

Indian shuttler Saina Nehwal was among athletes who congratulated Virushka on Twitter. She replied to Kohli's tweet, wishing them luck. "Congratulations ....You two deserve every bit of happiness this baby is going to bring you. Good luck," wrote the 2012 London Olympics bronze medallist.

Nehwal is currently training at a private facility in Hyderabad for the upcoming Tokyo Olympics next year. The 30-year-old badminton star is training with her husband Parupalli Kashyap and is expected to soon join the national badminton camp at the SAI Pullela Gopichand Academy. However, recent reports state that Nehwal is refraining from attending the national camp as Kashyap was omitted from the Olympic-hopefuls. 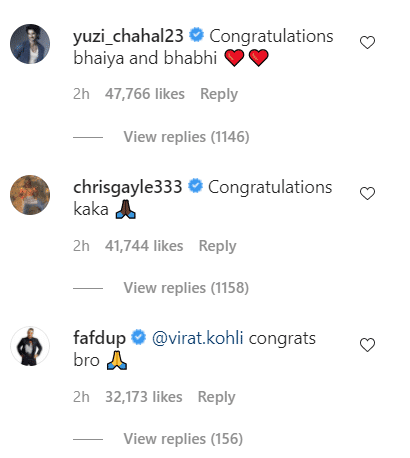 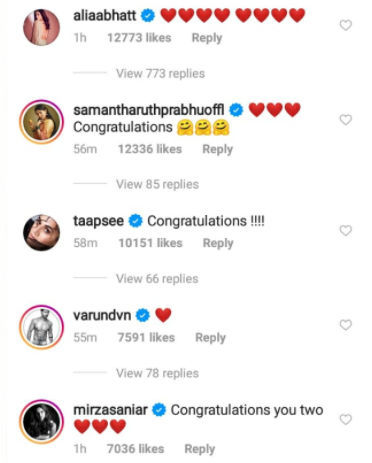 The Indian captain is currently in the UAE, preparing to lead the Royal Challengers Bangalore (RCB) during the IPL 2020. After the IPL wraps up in November, the Indian team is scheduled to fly to Australia for a tour. As per the tour's schedule, Kohli will be in Australia at the time of birth. Anushka Sharma, on the other hand, last appeared in movie Zero back in December 2018.

'COVID has made me tough': Ruturaj Gaikwad after scoring back-to-back half-centuries