As soon as Virat Kohli and Anushka Sharma announced about their parenthood journey, wishes started pouring in from their fans and colleagues alike.

Indian cricket captain Virat Kohli on Thursday announced that he and wife Anushka Sharma are all set to welcome their first child in January 2021. The veteran batsman took to his social media accounts to confirm his fatherhood. The RCB skipper announced the 'good news' as he shared a picture of him and Anushka Sharma where the Bollywood actor can be seen flaunting her baby bump. Virat Kohli captioned the photo, "And then, we were three! Arriving Jan 2021". 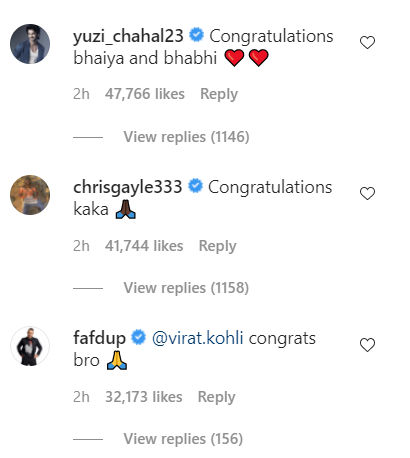 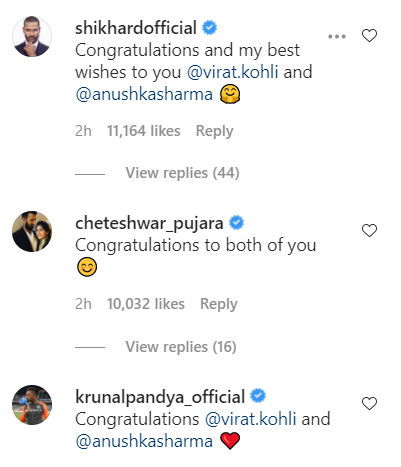 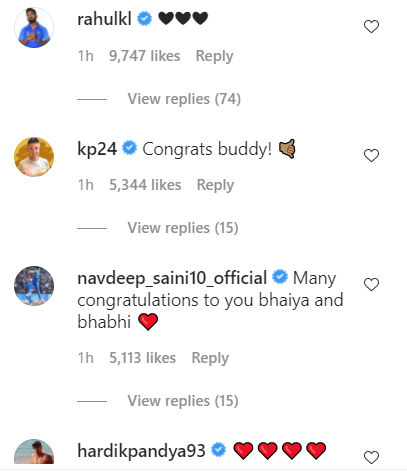 Meanwhile, Virat Kohli is currently in the UAE for the upcoming IPL 2020 competition where he is set to lead Royal Challengers Bangalore (RCB) in the cash-rich league from September 19. The IPL 2020 final is scheduled to be played on November 10 post which the RCB captain will directly fly to Australia for a long tour starting in December. Virat Kohli will be in Australia during the birth of his first child and it will be interesting to see if Virat Kohli stays ‘Down Under’ for the contests or returns back home by the time for the birth of his first child.

On the other hand, Anushka Sharma is currently on a sabbatical from acting with her last appearance coming in 2018 in Zero.  However, she is currently enjoying the success of her productions, Paatal Lok and Bulbul. The Bollywood actor has taken it upon herself to provide clutter-breaking roles for women in the industry.

IPL 2020: Title-holders Mumbai thrilled to see skipper Rohit Sharma back in the nets