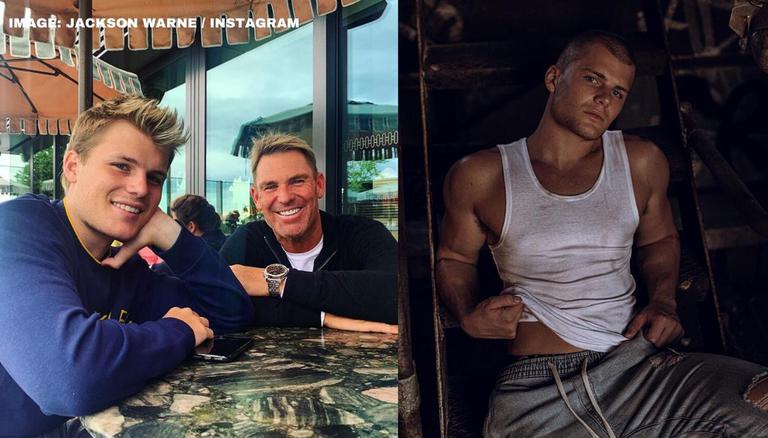 Australia's spin legend Shane Warne’s son Jackson Warne has set social media on fire with his jaw-dropping ripped new physique which was recently uploaded on his Instagram handle. The 20-year-old is all set to make his career outside the cricket field with television debut in a new reality  TVseries this year. According to a report in Daily Mail, apart from taking part in the reality show, Jackson Warne recently won the All In For Charity poker tournament and is known to be a fitness fanatic.

According to a report published by news.com.au, the images of Shane Warne's son Jackson Warne's chiselled new look was captured by photographer Jake O’Donnell. The report further mentions that Shane Warne was impressed by the recently captured images and he took to Instagram and wrote about how “proud” he was of his son as he gets ready for taking a big step into the modelling world. As per the report, while commenting on one of the photos, Shane Warne wrote that he loves it and also included a series of hearts, written as emojis.

During a recent interview with news.com.au, Shane Warne son Jackson admitted that he struggled with the pressure to imitate father's success and also confessed that he was never 'that good' at playing cricket. During the interview, Jackson stressed he is extremely proud of what his father has achieved, but confessed that he doesn't have the same desire to don cricket whites.

While Shane Warne's son Jackson Warne was preparing to make a name for himself in the modelling world, Shane Warne was busy raising money for Australian Bushfires victims before the coronavirus lockdown. In order to raise money for bushfire victims, Shane Warne decided to auction his Baggy Green cap.