BCCI president Sourav Ganguly, who was admitted in Kolkata's Woodlands Hospital following a chest pain, was discharged on Thursday, January 7. Earlier, the former Indian captain suffered a “mild” heart attack on Saturday, January 2. Upon his discharge from the hospital, Sourav Ganguly delighted his fans by sharing his recovery updates on Instagram.

Also Read | 'Kohli's Feats Against Australia Unlikely To Be Emulated By Another Skipper': Ravi Shastri

After getting discharged from the hospital, Sourav Ganguly took to Instagram and expressed his appreciation for ex-Bengal teammate Joydeep Mukherjee. Joydeep is the Director of Cricket Operations for Cricket Association of Bengal (CAB). As per Ganguly’s post, the CAB official appeared to have assisted him during his time at the hospital.

Amidst Ganguly’s appreciation for an old friend, fans of the former Indian captain expressed their delight over getting his positive health update. Here is a look at Sourav Ganguly’s social media post along with some of the fan reactions towards it. 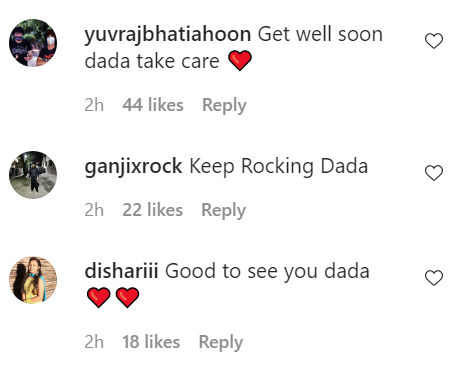 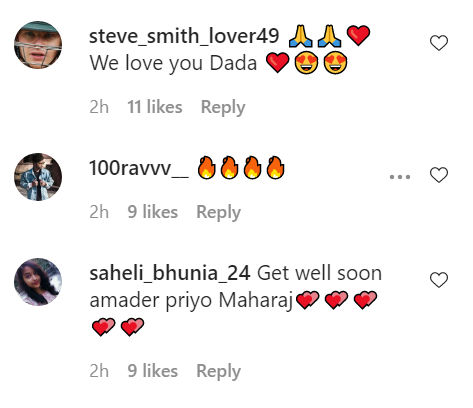 The doctors had announced about Sourav Ganguly’s discharge from the hospital on Wednesday itself. They said that the former Indian captain was doing well and was “clinically fit” but he wanted to stay back another day in the hospital.

Earlier, Doctors at the private hospital had reached a consensus that the 48-year-old, who has been diagnosed with 'Triple vessel disease', will be discharged on Wednesday, and the second angioplasty, which he will have to undergo, could be performed at a “later stage”.

How much is Sourav Ganguly net worth?

According to caknowledge.com, the Sourav Ganguly net worth is estimated to be around â‚¹416 crore (US$56.8 million) as of mid-2020. The aforementioned net worth features his earnings for being a former cricket player as well as his past earnings for participation in the Indian Premier League (IPL).