In the Kapil Sharma Show, Mohammad Kaif recalled an incident when he successfully planned to humiliate Shoaib Akhtar during India vs Pakistan match 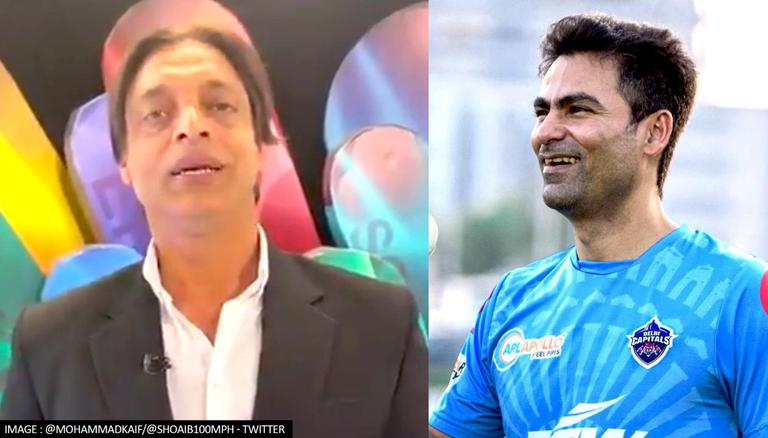 Virender Sehwag and Mohammad Kaif were sharing various anecdotes involving India vs Pakistan. During that, host Kapil Sharma asked Mohammad Kaif about a particular incident when he tried to walk forward when Shoaib Akhtar was about to deliver his ball.

Cricket legends Virender Sehwag and Mohammad Kaif shared some anecdotes and jokes about cricket and more, on The Kapil Sharma Show.
Watch the full episode on #TheKapilSharmaShow this weekend on #SonyLIV. pic.twitter.com/O3zNXpfYT2

"Kyunki woh naamcheen gendbaaz, unka run-up itna lamba. Sehwag ne toh bohot chakke maare, hume mauka kum mila khelne ka. Woh jab aaye, main bhi walk kar gaya. Bowling unhone kari nahi, rok di (He is a famous bowler with such a long run-up. Sehwag got a chance to hit a lot of sixes but I did not get a chance to bat as much, as I was lower in the batting order. So when Akhtar came towards me, I walked too. He did not end up bowling that ball to me),” Kaif added.

"That was his only intention", said Kaif adding “Main aage jaaunga, yeh banda ruk jayega, bowling karega nahi. Wohi mera plan tha, kaamyaab hua, ki inki zara beizzati karta hoon Pakistan mein jaake (I thought I would go a few steps ahead, he won’t bowl to me. That was my plan, to go to Pakistan and humiliate him, and it succeeded)."

Earlier, in 2020, Mohammad Kaif and Shoaib Akhtar got involved in a Twitter banter when the Indian cricketer posted a video in which his son Kabir was seen suggesting to his dad that it is easy to face Shoaib Akhtar because he bowls fast and when the batsman hits it, it goes quickly to the fence. Following that, Akhtar responded to Kaif's video and challenged the cricketer for a match between their sons.

READ | Mohammad Kaif lauds Virat Kohli's 'brave decision', says 'Not many can give up power'