Usman Khawaja uploaded a video on Instagram where he can be seen imitating Cristiano Ronaldo's penalty stance as well as the celebration in his apartment.

Australian batsman Usman Khawaja, who has currently fallen out of favour from the national team, took to Instagram where he posted a hilarious video. The southpaw can be seen imitating Juventus' star footballer Cristiano Ronaldo's penalty stance as well as his celebration in his apartment.

Usman Khawaja was apparently trying to poke fun at his Sydney Thunder teammate Arjun Nair for taking a wicket in the Big Bash League (BBL).

The cricketer's video left some in splits while others weren't too pleased with his imitation of Cristiano Ronaldo. There were many reactions to the hilarious video.

India vs Australia: Let's have a look at a few reactions 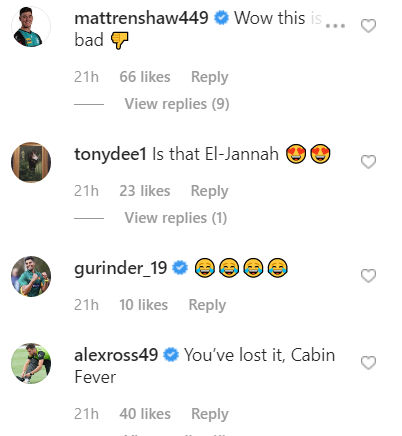 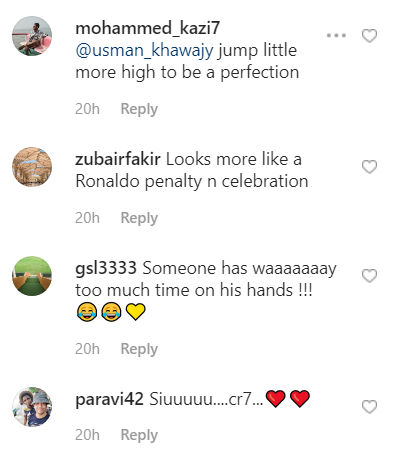 Shane Warne had called out Khawaja and urged him to show the desire that he wants to play for Australia more often than he is doing at present. However, the Queenslander did not take Warne's comments too well and had a response of his own to the player-turned-pundit and commentator.

According to leading Australian cricket portals, Khawaja looked unbothered when he talked about the Australian legend's comments on him. Addressing the topic of his desire to play cricket for Australia, as questioned by Warne, Khawaja said that questions like these do not even have to be entertained. He pointed to his overall record so far and cited that he has indeed scored runs and his main focus is only in doing that consistently. Khawaja also said that if he did not feel like playing for Australia, he would have retired.

ALSO READ | Lionel Messi And Cristiano Ronaldo 'GOAT' debate has been settled once and for all: Thread