Earlier, Kohli had revealed that Dhoni was the only person who sent him a text message when he announced his Test captaincy resignation in January this year. 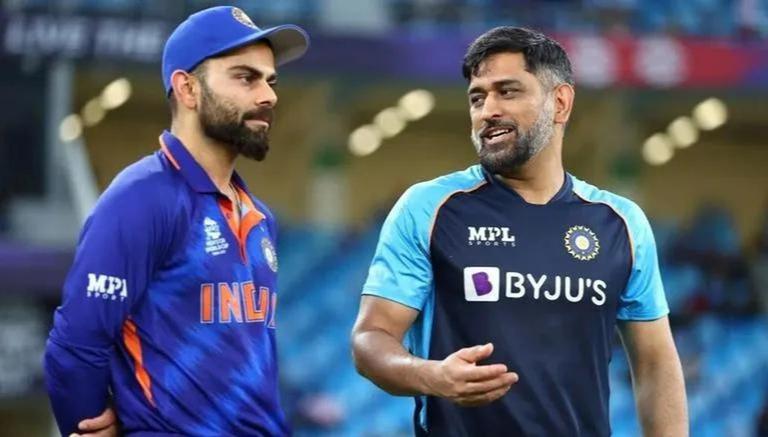 
It is a well-established fact that Virat Kohli shares an impeccable relationship with former India captain MS Dhoni, under whom he played a fair share of international cricket and also emerged as one of the greatest batsmen in the modern era. When Dhoni stepped down as captain, Kohli was elevated as Team India skipper in all formats of the game following which the latter had said that the Ranchi-born cricketer will always be his leader. Every now and then, Kohli shares something on social media to express his love and respect for Dhoni.

Recently, the 34-year-old batter took to his official Instagram handle to share a picture of a water bottle that had Dhoni's image on it. Kohli tagged Dhoni in the post and wrote, "He is everywhere, even on a water bottle." 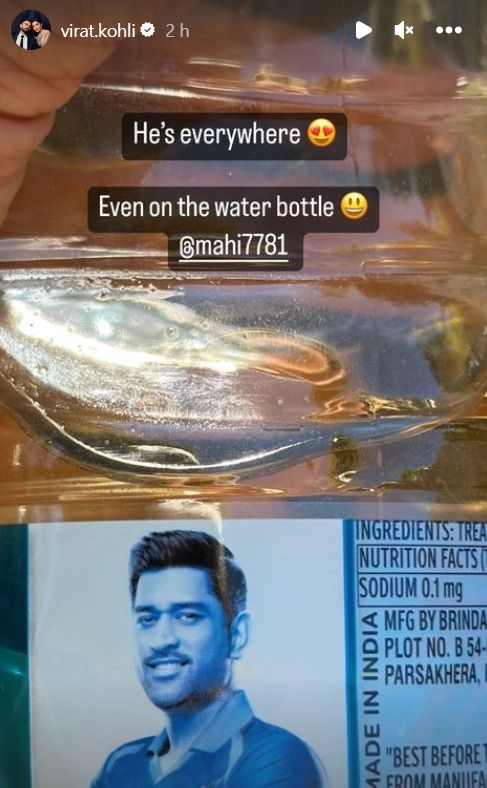 Kohli-Dhoni camaraderie at a glance

Earlier, Kohli had revealed that Dhoni was the only person who sent him a text message when he announced his Test captaincy resignation in January this year. After Kohli stepped down as captain of the Indian T20I team, he was allegedly forced to quit his ODI captaincy as well. Following the Test series against South Africa in January, Kohli announced that he would no longer continue as India's Test captain and would just play as a batsman going forward.

Kohli was going through a lean patch with the bat when the entire controversy around his captaincy happened. When the Delhi-born batsman managed to find his form back in the Asia Cup 2022, he revealed that Dhoni was the only one who reached out to him after he relinquished his Test captaincy. It was under Dhoni's captaincy that Kohli made his India debut back in 2008. He even played in the 2011 Cricket World Cup with Dhoni which India won after defeating Sri Lanka in the final.

After Dhoni's retirement in 2020, Kohli lost his form for the first time in several years. Kohli was consistently failing to score big runs for his team. However, Kohli found his mojo back in Asia Cup 2022, where he finished as the highest run-scorer for India. Kohli carried his good form to the T20 World Cup 2022 in Australia. He ended the competition as the leading run-scorer with 296 runs in six matches at an average of 98.66 and with a strike rate of 136.40.