Yuvraj Singh has a huge fanbase across the world and his fans never miss an opportunity to show their love for the former India all-rounder.

ALSO READ | Sachin turns hair-stylist for son Arjun, quips 'as a father you need to do everything' 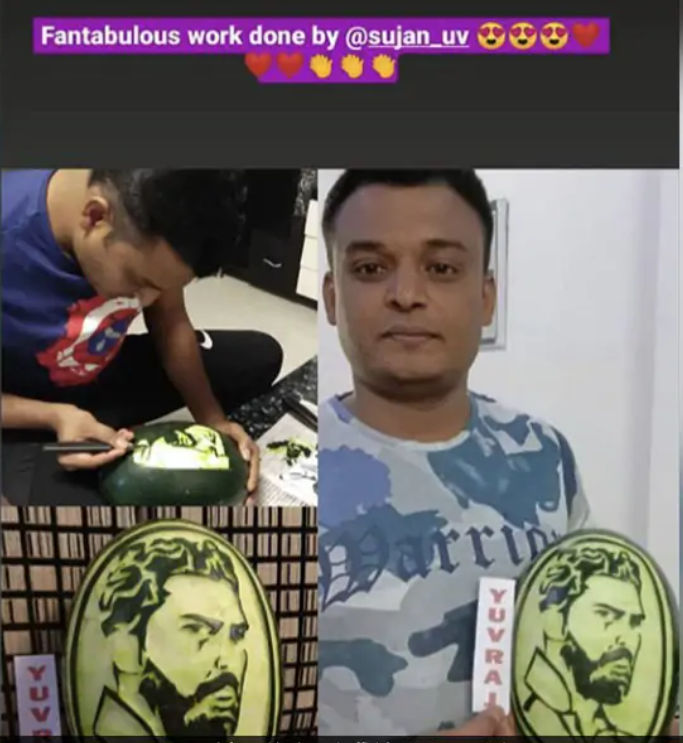 Former Pakistan skipper Shahid Afridi, who recently visited Pakistan Occupied Kashmir (PoK) in the name of providing relief material, had a lot of anti-India remarks, which made many Indians angry with Yuvraj Singh and Harbhajan Singh for supporting Shahid Afridi's foundation amidst the COVID-19 pandemic. Taking to Twitter, Yuvraj Singh stated that he would never accept such words as a responsible Indian. He reminded Shahid Afridi that he had made an appeal to support the Pakistan player's foundation earlier for the sake of humanity and added that he would never do it again.

Recently, Yuvraj Singh was involved in an Instagram live session with former England captain Kevin Pietersen. The duo spoke in length about several topics ranging from cricket to the coronavirus pandemic. One of the topics that came up was when Kevin Pietersen asked Yuvraj Singh to take up commentary.

Kevin Pietersen told Yuvraj Singh that he is more relevant to the game as he has recently retired. He added that the former India all-rounder can bring so much experience and knowledge to the viewers because he knows how the game is being played. The 38-year old's freshness will let people know what players are exactly thinking these days.

Yuvraj Singh replied saying he would look forward to that. He added that he has played cricket for so many years so he wants to take a year's break. He said that he still wants to play some T20 tournaments. He is also keen to learn commentating from the likes of Brian Lara and Kevin Pietersen himself but he wasn't sure how he would fare as a commentator.

He said that he just wants some time off and would rather become a father in the mean time. Yuvraj Singh further said that he is keen on coaching than commentating. He also said that he has good insight for limited-overs cricket and he can advise youngsters about the mental approach in different phases of the game.

PEOPLE HAVE PLEDGED SO FAR
LATEST NEWS
View all
5 hours ago
Shardul Thakur To Be Questioned By MCA For Resuming Training Without Permission: Report
6 hours ago
Virat Kohli tells Ashwin he loves to inspire, ready to throw away fame anytime
50 mins ago
Ramiz Raja says Babar Azam can learn captaincy techniques from Kohli & Williamson
1 hour ago
Hardik Pandya announces 'wife' Natasa Stankovic's pregnancy, shares pic with baby bump
7 hours ago
Yuvraj Singh is back with another challenge for Sachin Tendulkar, this time in the kitchen