Indian leg-spinner Yuzvendra Chahal is quite a popular figure on social media. The cricketer keeps posting hilarious interactions of himself with other cricketers and often gets into friendly banter with the others. Quite recently, the bowler took to Instagram and posted a picture of himself near the boundary and claimed his pose as a superior one in comparison to that of Ben Stokes, Quinton de Kock and Ellyse Perry.

Also Read | Ellyse Perry Walks Off In Tears After Getting Injured Vs New Zealand, Watch

In an Instagram story, Yuzvendra Chahal posted a picture of himself that went viral during the 2019 Cricket World Cup in England. In the picture, he can be seen relaxing beyond the boundary rope and posted pictures of the three cricketers taking a similar pose. He also added the caption stating that his "swag" is unmatched when compared to the likes Ellyse Perry, Ben Stokes and Quinton de Kock. 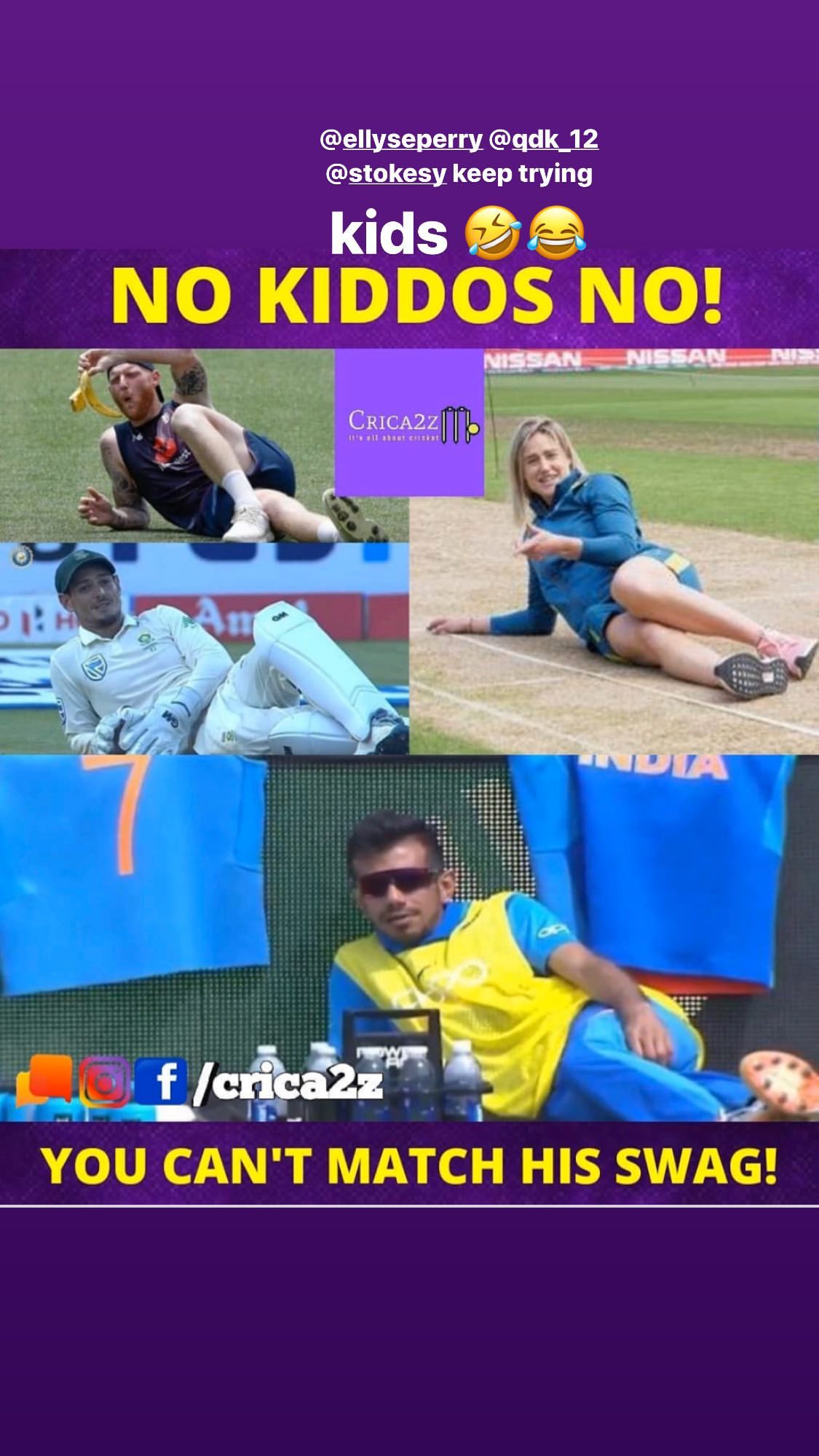 Meanwhile, Yuzvendra Chahal was retained by the Royals Challengers Bangalore (RCB) during the Indian Premier League 2020 (IPL 2020) trading window. The franchise retained the cricketer for ₹6 crore for the tournament which was initially slated to commence on March 29. However, in wake of the worldwide panic caused by the coronavirus pandemic, IPL 2020 was postponed to April 15. Since much remains to be learned about the impact of coronavirus, the Board of Control for Cricket in India (BCCI) are likely to decide the exact fate of the impending T20 carnival within a few days.