Aston Villa captain Jack Grealish has reportedly purchased a guard dog from security firm K9 Chaperone in a bid to reinforce the safety of his home after the safety of Premier League players was thrown into jeopardy. Just over a week ago, the Dele Alli robbery news sent football fans into a state of shock. The Tottenham star was robbed at knifepoint in his own home, an incident that convinced Jack Grealish to beef up security at his home by splashing a reported £25,000 on a new Belgian Malinois guard dog.

Back in March 2019, Aston Villa talisman Jack Grealish was assaulted by a Birmingham fan on the football pitch while playing in the Championship. Despite making a solid impression in Premier League, the 24-year-old Jack Grealish has been the most fouled player this season according to a report from talkSPORT. However, it appears that Jack Grealish is taking matters into his own hands to keep himself away from any more harm, well, at least while he remains in the comfort of his own home. According to reports from The Sun, Jack Grealish has fortified his home by purchasing a new guard dog worth £25,000. 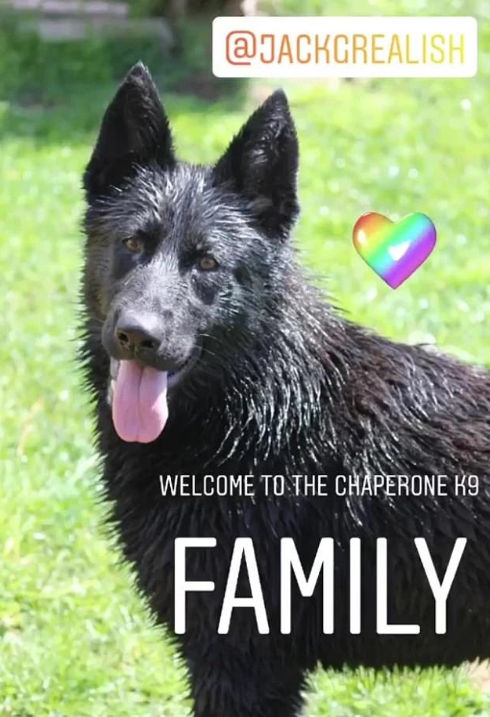 The Dele Alli robbery incident sent shockwaves in the football world and might have scarred a few Premier League players as well. Jack Grealish has a proven history of being a target on the pitch but opted to play it safe while he remains at home. The Premier League star was reportedly distraught over the Dele Alli robbery news and splashed big money in order to purchase a Belgian Malinois guard dog. Grealish became the latest Premier League player to purchase a pooch from well-renowned security company Chaperone K9. Chaperone K9 have already provided guard dogs to Manchester City's Raheem Sterling and Manchester United's Marcus Rashford.

ALSO READ: FC Seoul Slapped With Record $81,500 fine For Filling Up Their stadium With Sex Dolls

According to reports from the Daily Mail, Ole Gunnar Solskjaer's Man United are monitoring Jack Grealish. The Aston Villa midfielder has scored nine goals and notched up six assists this season in the Premier League but the Villains are still battling relegation in a lowly 19th place on the table. If Aston Villa are relegated, Man United are expected to make a bid for a Jack Grealish transfer to Old Trafford to keep the English star in the Premier League and possibly offer him a shot at Champions League football if the Red Devils qualify, come the end of the season.

PEOPLE HAVE PLEDGED SO FAR
LATEST NEWS
View all
13 hours ago
Sparta Prague fans watch football on drive-in screens with beer, snacks amid pandemic
9 hours ago
Man City facing a nightmare schedule as clubs meet to discuss Project Restart date
7 hours ago
Remaining Premier League games to be held at original venues with police stewardship
7 hours ago
Coronavirus lockdown looks before vs after ft Ronaldo, Kante, Aubameyang and Ashley Young
11 hours ago
Neymar's mother, Nadine, gets back with 23-year-old lover Tiago Ramos: Reports