Rival fans have slammed Egyptian forward Mohamed Salah for his theatrical dive in the game against Manchester City at Anfield to win a soft penalty. 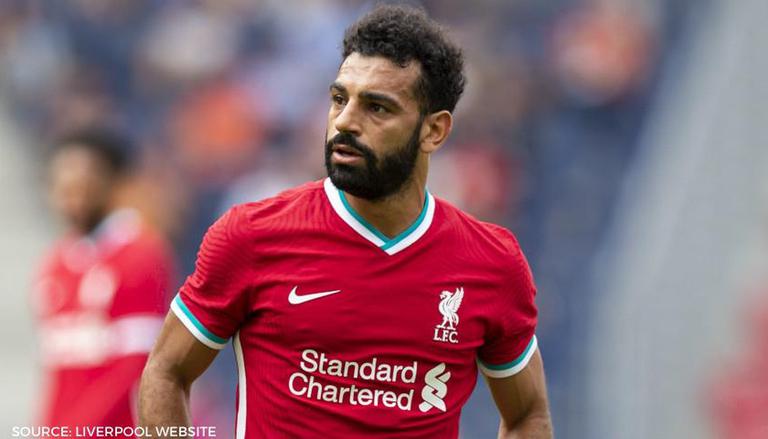 Defending Premier League champions Liverpool were left stunned by Manchester City at Anfield. Extending their lead at the top of the Premier League table, Pep Guardiola's men hammered the Reds who are reeling under pressure due to several absentees amid injury concerns. Amid the thrilling encounter and the rejoicing results, Man City fans have slammed Egyptian superstar Mohamed Salah for diving in the game to win a soft penalty.

Despite a thrilling first half, the two sides failed to achieve the breakthrough. Ilkay Gundogan failed to put his side in the front after misfiring the shot from the spot. But the second half was startlingly action-packed, with five goals scored in a span of 34 minutes. And Gundogan made amends for the earlier mishappening as he slotted home a Phil Fiden rebound in the 49th minute.

But Salah won and scored a penalty just after the hour mark to cancel Gundogan's opener. The former AS Roma forward was pulled back by Ruben Dias inside the penalty box. But he did appear to put himself down on the floor in a theatrical manner to win the penalty. And his theatrics have had the fans talking, several of whom have blamed him for going down cheaply to earn a penalty.

I just saw the Salah pen situation. Firstly, it’s not a pen, it’s a dive. But if you’re gonna call it a pen then it also has to be a red card based on the precedent set by the Luiz call. Player clear in on goal and Dias doesn’t play the ball. Someone, anyone make it make sense.

Rewatching the game. Salah dive gets worse every time I see it. Live I thought nailed on pen.

Watching it back again and again, what I thought I saw/expected to see...just didn’t happen. It’s just a dive.

Absolutely disgusting and will remain till the powers that be finally find the bollocks to do something about it.

I don’t get the bias....why is this not a plain ole fashioned dive?

Only thing salah did was dive btw

Liverpool shot-stopper Alisson Becker fumbled, leading to a brace from Gundogan. The Brazilian goalkeeper tried to play a pass out from the back but was intercepted by Phil Foden. The youngster, in a moment of brilliance, went past a couple of Liverpool defenders with ease before directing the ball towards the German midfielder for a simple tap in.

Alisson committed a similar blunder three minutes later following pressure from Man City's frontline. The goalkeeper tried to again pass the ball out towards Liverpool's defence but instead directed it towards Bernardo Silva. The Portuguese international then sent a cross to Raheem Sterling to make it 3-1.

Foden brought an end to arguably his greatest performance this season to cut down the right flank before slotting in a stunner into the top-right corner. The victory strengthens the Etihad-based outfit's hold at the top with a five-point lead over second-placed Manchester United, with a game in hand.