The match is scheduled on February 19, 2020 (February 20, 1:30 AM IST) at the Tottenham Hotspur Stadium. Read more for TOT vs LEP Dream11 predictions.

Tottenham host RB Leipzig for their Champions League 2019-20 Round of 16 clash. It is called the clash between Mourinho vs mini Mourinho. Leipzig's 32-year-old Julian Nagelsmann is regarded as the next Jose. The Special One had a Champions League title under his name by the age of 41.

Tottenham are currently on the fifth spot of the Premier League 2019-20 table with 40 points in 26 games. However, Spurs will be missing out on key players like Harry Kane and Son Heung-Min. Both the players are out due to their respective injuries. Lucas Moura is expected to play in the false No. 9 position against RB Leipzig. He'll be helped by Giovani Lo Celso, Steven Bergwijn and Dele Alli. RB Leipzig are on the second spot of the Bundesliga 2019-20 table with 13 wins in 22 games. Timo Wener is enjoying a tremendous run of form this season. He can get on the scoresheet for the visitors 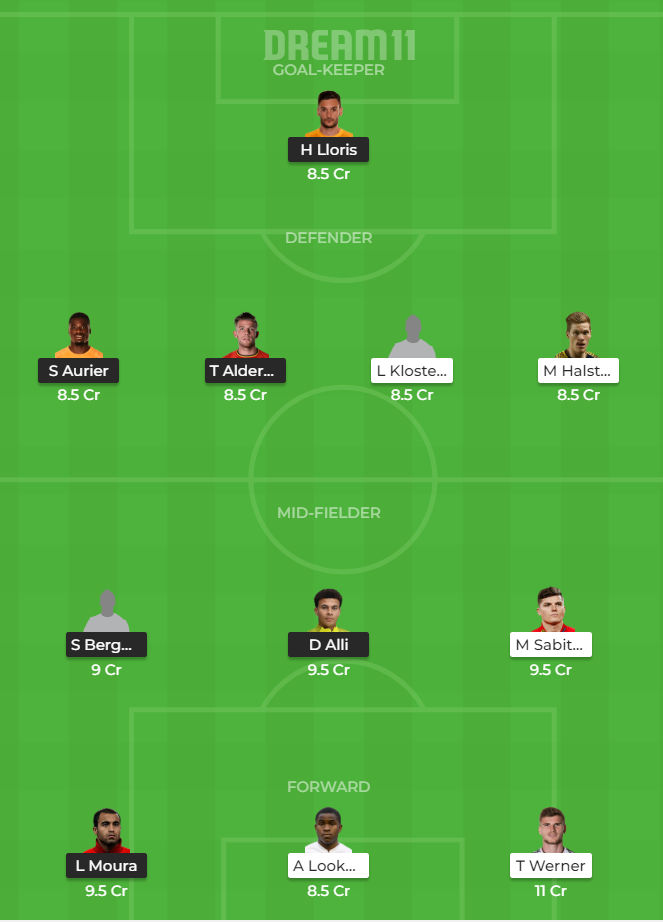 Also Read | Neymar Will Have To Forget Birthday Parties In Brazil If He Returns: Former Barca VP