Roger Federer has been posting videos on various volley challenges & asking fans and tennis players to accept the challenge amid the coronavirus lockdown.

Roger Federer's 'Tennis At Home' challenge sees him standing just inches from a wall and hitting forehand volleys at a rapid pace. The Swiss ace also tagged several athletes and superstars, asking them to do the same challenge. While Novak Djokovic and US tennis sensation Coco Gauff did take up the challenge, ATP Gen Next star Alexander Zverev was not too keen on replicating the Roger Federer challenge and decided to post his own challenge instead. Rafael Nadal is yet to take up the challenge.

In the latest video on Instagram, the tennis fan can be seen hitting volleys against the wall while reading a book in one hand to make the challenge a little more difficult. However, the most interesting part of the video was that the fan was wearing a t-shirt of Rafael Nadal. Roger Federer was quick to spot that and gave a classic response to the fan. Here's what he said 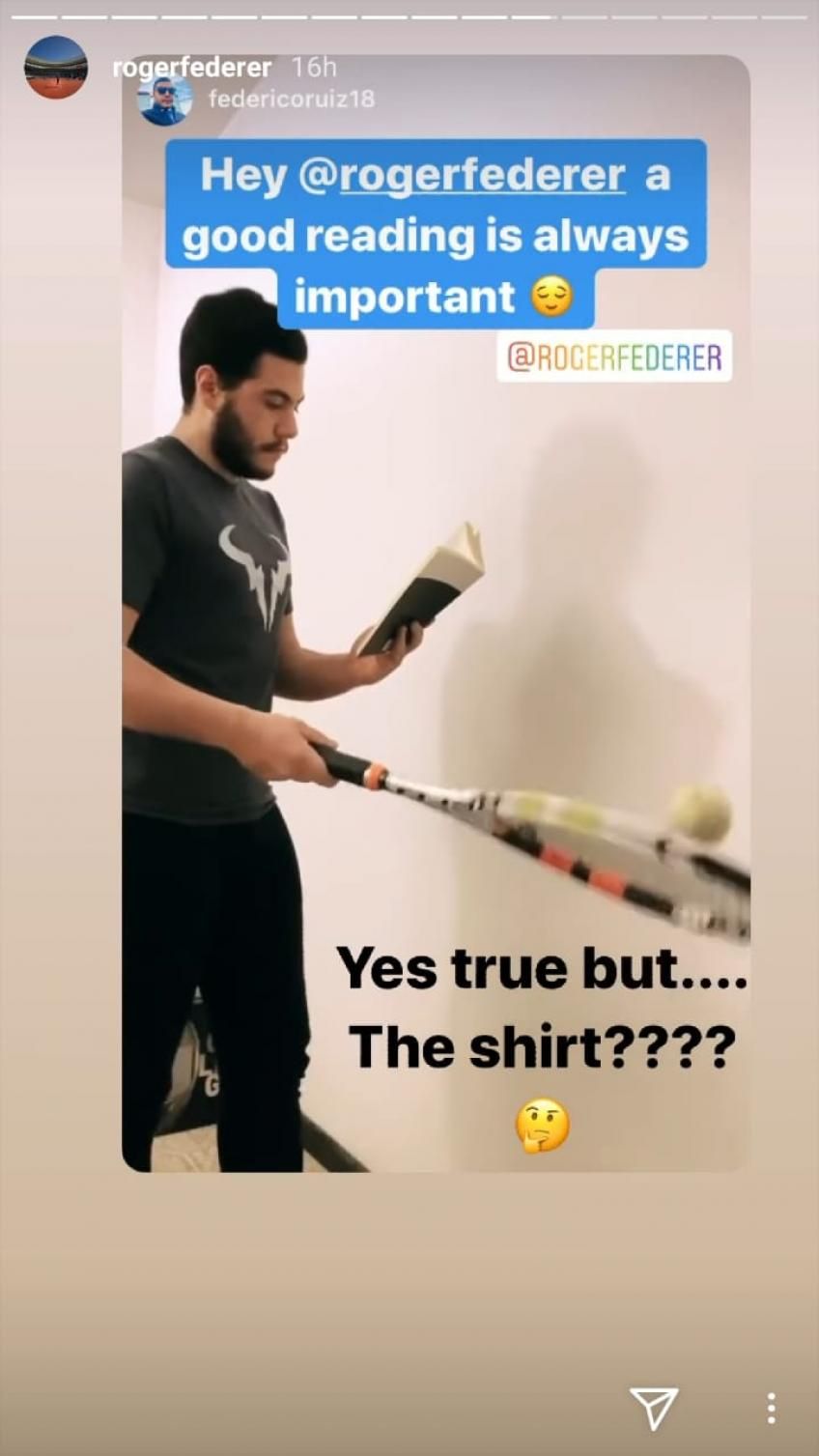 Making sure I still remember how to hit trick shots #TennisAtHome pic.twitter.com/DKDKQTaluY