While performing moves, Drew Gulak had to pull Daniel Bryan’s tights up to get the momentum. Because of this, fans caught a glimpse of Bryan's private parts.

Former WWE Champion Daniel Bryan kicked-off WWE Elimination Chamber as he took on Drew Gulak in a singles match. The match was filled with high-flying moves and Drew Gulak gave tough competition to Daniel Bryan. Fans loved the match and even chanted ‘this is awesome’ in between. However, during the match, Daniel Bryan suffered a wardrobe malfunction which made the match go viral. 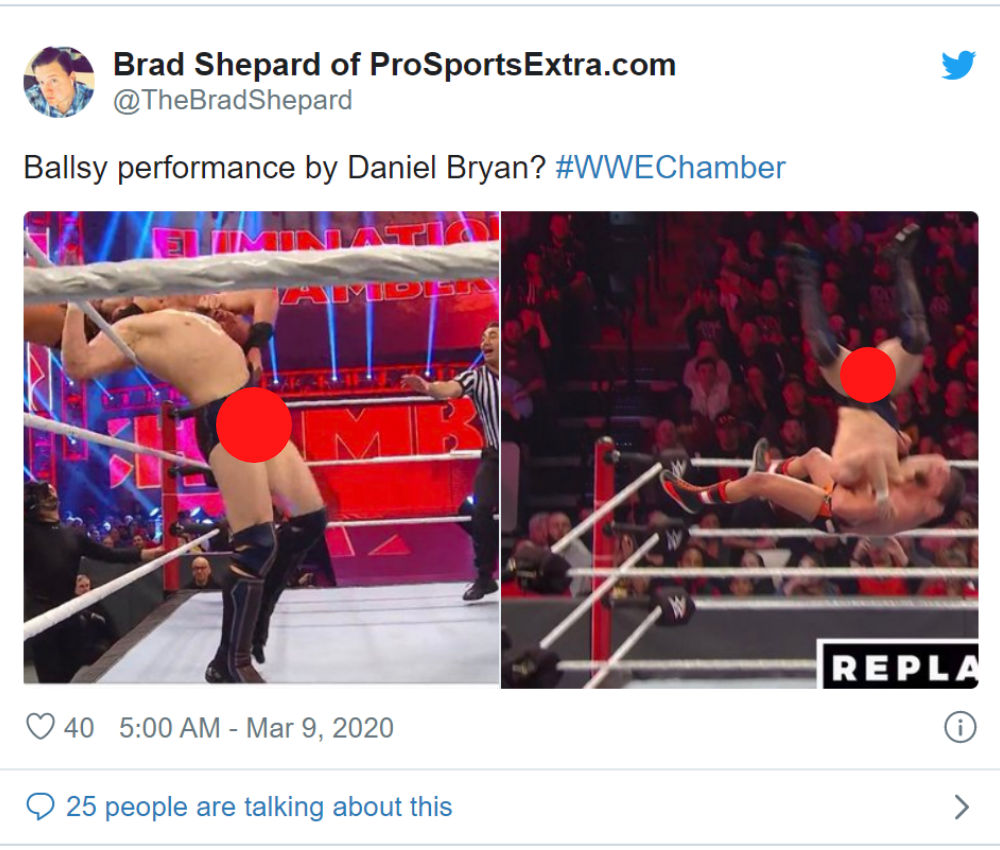 As fans geared up to see a match between Daniel Bryan and Drew Gulak, they were greeted with a video showing the feud between the two superstars which developed on RAW and SmackDown over the past few weeks. The WWE Elimination Chamber match started and Drew Gulak took Daniel Bryan off-guard by delivering a fireman’s carry. The two then started going back-and-forth with technical moves which turned into a battle of kicks.

Drew Gulak kept on delivering incredible moves on Daniel Bryan and slowly cemented his position. The former WWE Champion had to take some time off and regroup outside the ring for a moment. Daniel Bryan came in and started defending himself from the offensive moves his opponent was delivering. Daniel Bryan then saw an opening and made his comeback by delivering his iconic kicks. In the later part of the match, Daniel Bryan reversed the Gulock and applied the Yes Lock for a submission victory.