What Is Jumpcut And Why Is It Sending An Invoice To Users For $470 Payments?

What is Jumpcut and why is it asking users to pay $470? has been the question a number of people were asking as Jumpcut invoice email started circulating.

Jumpcut is a known online course company which aims at creating courses based around entrepreneurship. One of their key focus is to provide ambitious students with courses which can help them form an online presence and grow their business accordingly. But, one recent Jumpcut invoice scam has given the company a bad name.

Recently, a number of users came forward and expressed their worry about receiving a Jumpcut invoice which was charged at $470. The invoice also claims that the amount was due last year, thus tempting a number of internet users to pay the given amount soon. A number of YouTube videos about the same were also uploaded which received a lot of attention as a large number of people started receiving the invoice message. 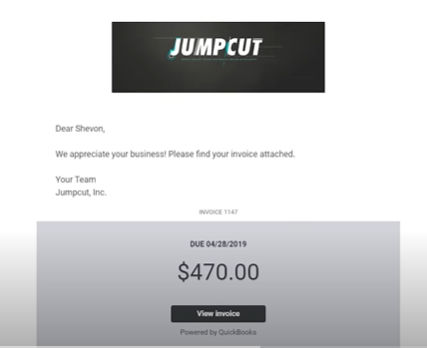 Also read: Obscurify not working? Here are some quick fixes to solve the problem

As things started to take turn for the worse, the official social media accounts for Jumpcut clarified the issue and revealed that their email provider was hacked. It was revealed that the hackers could not get access to anything except for the email provider and advised users to simply ignore the message. It was also revealed by Jumpcut's official social media accounts that they are very diligent with their security and are themselves surprised to witness the security breach.

Also read: What Is Seagm Free Fire Top Up? Learn How To Buy Free Fire Diamonds And Their Prices

Jumpcut revealed furthermore that it is depressing to watch people try to scam others during a pandemic. They also assured that the entire team of Jumpcut is busy looking into this matter and wish to resolve it as soon as possible. They also set up a support email if people require any assistance.

Also read: What is Foliage in Free Fire? Is hiding in Foliage removed in the new update? Know details

Also read: When is the next patch day in 'Free Fire'? New character & ranking system revealed

This morning our email service was hacked. The invoice is not real, we did not send it, and you do not owe us money. We are incredibly sorry for the alarm this caused.