AC Odyssey Astra: Find Out Everything About This Champion Of Boeotia

In AC Odyssey, Astra was a Boeotian woman and cousin of Deianeira, one of the Champions of Boeotia and she is also one of the members of Heroes. 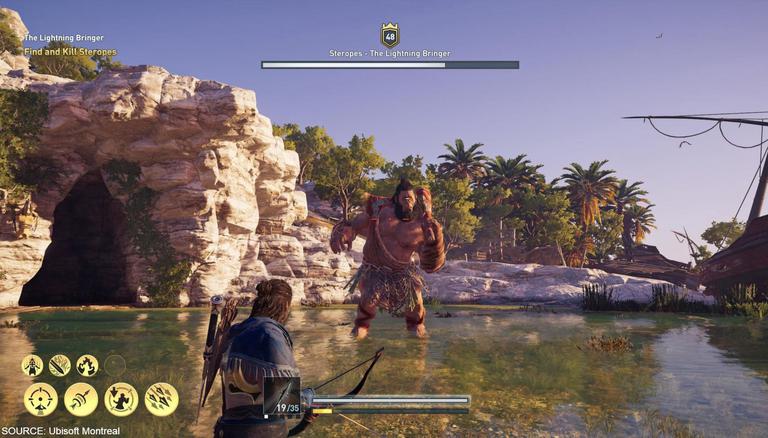 Assassin's Creed Odyssey is an action role-playing video game developed by Ubisoft Quebec and published by Ubisoft. It is the eleventh major instalment, and 21st overall, in the Assassin's Creed series and the successor to 2017's Assassin's Creed Origins. The game is available for all the major gaming platforms including PlayStation 4, Xbox One, Nintendo Switch, Google Stadia, and Microsoft Windows. Continue reading this article to know all about Astra in AC Odyssey.

In Assassin's Creed Odyssey, Astra's origins are of a Boeotian woman and she is also the cousin of Deianeira who is one of the Champions of Boeotia. Astra and Deianeira have almost gone through everything together in their entire life which includes sparring with the Timon and Abreas brothers.

When they grew up, and Deianeira became famous as a champion of Boeotia, she and the rest of the champions allied with Athens' Delian League. Abreas spoke against the alliance, accusing the champions of betraying Boeotia. Later on this led to Deianeira luring Abreas to the old sparring grounds where they used to spar and killed him with the help of Astra.