AC Valhalla Caustow Castle Location: Where Is The Area In Game? 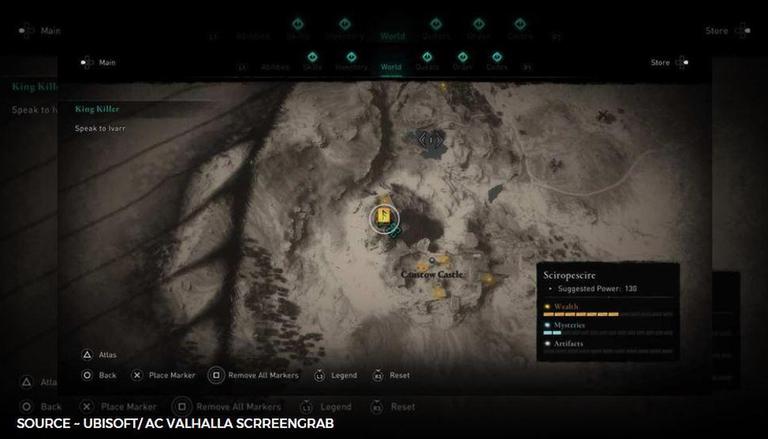 AC Valhalla isn't only the top Assassin Creed Game, it is likewise a truly outstanding Action-RPG game as well. The acquaintance of the game with the nextgen consoles has likewise been a generally refreshing move. AC Valhalla permits the players to escape into a world loaded up with Norse Folklore, energizing and risky experiences, stunning characters as companions or adversaries, and an excursion each Viking aches for. However, many players are currently wondering about AC Valhalla Caustow Castle location. If you are wondering about the same, then do not worry, here is all you need to know about it.

Also Read | Will there be a Little Nightmares 3? Developer may be planning "different perspectives"

Many players are unable to find the Caustow Castle in AC Valhalla. The location is actually quite important to complete or be in the path to complete the quest King Killer. In the quest, players need to find and consume the Books of Knowledge in Assassin's Creed Valhalla which allows them to obtain or upgrade powerful abilities. However, at first, you need to reach Caustow Castle.

Also Read | How many chapters are there in Little Nightmares 2? Know details

Caustow Castle is one of the important places in the game in which players will be asked to go to complete various questlines. In the Assassin's Creed Valhalla games, this area was a castle situated in the mountains of western Shropshire. You can find the Shropshire region in England if you check the game's map. The AC Valhalla Caustow Castle holds a strong significance in the game. As per the game, in the late 9th century, the castle served as the stronghold of the Rhodri, the King of the Britons during their war against the Vikings in the region.

Also Read | Fortnite Flash Cup: How to get the Flash Skin and when will it be available?

So, now you know where you need to go to get the Books of Knowledge to obtain or upgrade your abilities. The game is the latest sequel to series with an incredible theme introducing the Vikings culture to the fans with various fascinating interfaces, apart from brring an action RPG (Role Playing Game). Assassin's Creed Valhalla is available now on PC, PS4, PS5, Stadia, Xbox One, and Xbox Series X.

WE RECOMMEND
AC Valhalla Muninn: Check out how to equip Muninn the Raven in the game
AC Valhalla row rage trophy guide; how to get row rage?
AC Valhalla of blood and gods: Here is a brief guide for this boss quest
AC Valhalla The Rake: Learn more about the Maegester of the Wardens of Faith here
AC Valhalla Codex Pages: Learn what are Codex Pages in AC Valhalla here