Assault Rifles are highly popular in PUBG, however, every AR varies in term of damage, fire rate, and recoil. Read on for best assault rifles in PUBG Mobile. 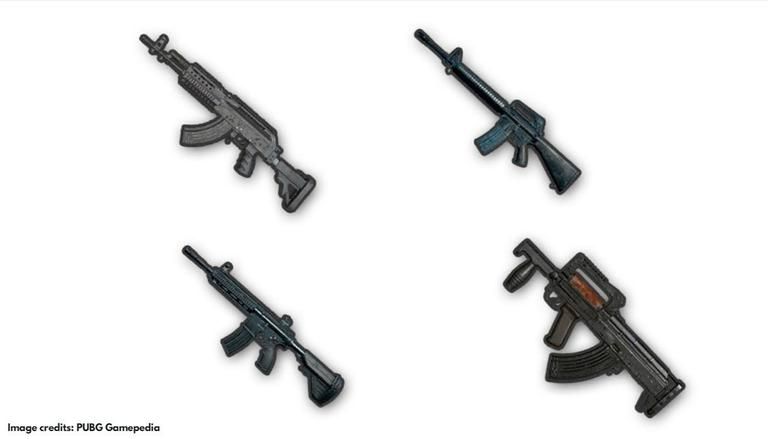 PUBG Mobile is one of the most popular battle royale games around the world. The game features a horde of tools and weapons ranging from sniper rifles, pistols, assault rifles, SMGs, LMGs, and more. However, the assault rifles are among the most powerful weapons in the game that can always give you an edge over your enemies in close to medium range engagements. So, let's check out some of the best assault rifles in PUBG Mobile.

Groza is one of the most powerful assault rifles that you can take to the virtual battleground. The weapon is best suited for mid-to-close-range engagements and can easily take down enemies with a single shot. It also offers a decent rate of fire at 7.62mm. Players can easily acquire a Groza through airdrops. 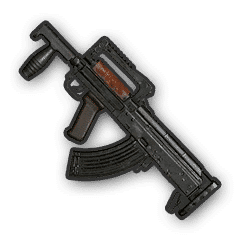 The M416 is also an excellent choice and popular among most PUBG Mobile players. This assault rifle can also be considered a replacement to Groza, however, it inflicts slightly less damage per shot. Nonetheless, it is fairly easy to control and is highly versatile for any kind of engagement. 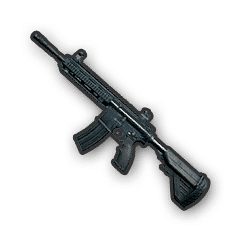 The AUG A3 is a powerful assault rifle which is known for its handling and high muzzle velocity. The weapon can be easily acquired through care packages and used for closer range battles. The weapon also offers a faster rate of fire and control, which is another good reason to have it in your arsenal. 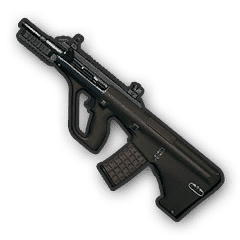 The next assault rifle on the list is the Beryl M762 which players can easily find on the map. The weapon chambers 7.62mm ammo with an auto mode and is a great choice for gamers looking for a rifle with a high rate of fire and high damage. In addition, it also supports the highest number of attachments in its category. 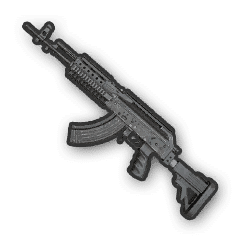 The AKM is another popular weapon in PUBG Mobile which is used by a large number of players. It also utilizes 7.62mm ammo in 30-round mags and is best used for close to mid-range engagements. However, if you consider its extreme horizontal and vertical recoil, it can be a bit difficult to control this rifle in mid-range combats. 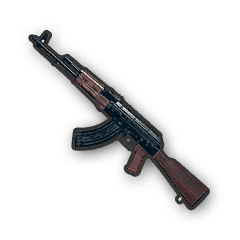 The MK47 Mutant is an excellent weapon for medium-range engagements and uses 7.62mm ammo in 20 round mags. The assault rifle can be a really good option if used with a suppressor. It utilizes a muzzle and grip, which also makes it ideal for long-range shots. 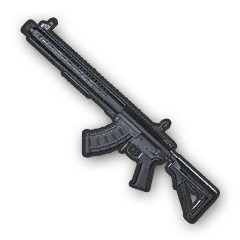 The QBZ-95 is a bullpup assault rifle that utilizes 5.56mm ammo in 30 rounds per magazine. It's a weapon that replaces the SCAR-L on the Sanhok map in PUBG Mobile. The weapon doesn't really differ from the SCAR-L when it comes to its attributes and offers a decent fire rate. The QBZ-95 can be a really effective AR if used with a grip and muzzle. 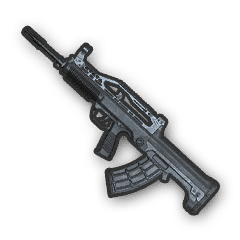 The M16A4 is another great choice which is also frequently spotted in the game. It is mostly used by players as a secondary gun and is ideal for long-range combats. However, the M16A4 does not feature an auto-fire option, meaning that you will have to rely on burst-fire mode. 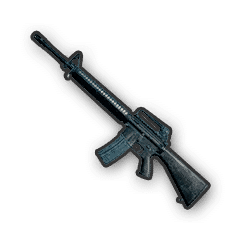 WE RECOMMEND
Which gun has most bullet drop in PUBG Mobile and best guns you can use
Listen to the latest songs, only on JioSaavn.com