COD Warzone Bunker Locations And How To Access All Bunkers

The bunkers that were securely locked down in Call of Duty: Warzone can be opened now. Continue reading to find out all the COD Warzone bunker locations.

Infinity Ward introduced a bunch of bunkers in its free-to-play title Call of Duty: Warzone since a few months, however, they have laid dormant ever since. Now, with the latest patch update, these secret bunkers have finally started to open up. Players have been exploring the possible uses of these secret bunkers in the game; however, everyone was clueless about their actual usage.

Developers have finally given players a way to access these secret bunkers. Once opened, they will supply players with vast treasures and all kinds of loot. So, let us take a look at all the COD Warzone bunker locations.

Players will need to obtain the Red Access Keycards as a random drop from the supply crates. These are scattered throughout the map. Getting an Access Keycard can be difficult as these are quite rare. So, you need to start searching for one or simply kill a player who already has an access card.

Once you manage to get one access card, the same card can be used to get through 10 bunkers. You can take this card and visit one of the 10 bunker doors displayed on the map to open it. The red circles on the map below indicate the locations of the 10 bunkers available in the game. 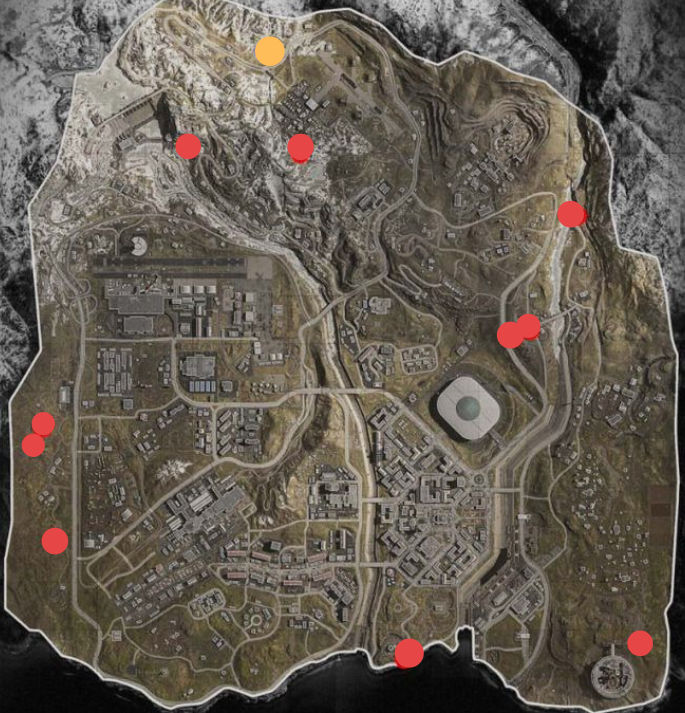 When you reach a bunker and use the keycard, it will flash a green light to indicate that it has opened. Once you get inside, you will find plenty of loot and treasures that will help you win the game. As you get in, there will be another bunker door further inside. However, there is currently no information on how these can be accessed.

Location of Bunker 11 in COD Warzone

The Bunker 11 is located on top of the map and is marked with a yellow circle on the map above. And while it is easy to reach the location, unlocking the bunker can be quite tricky. This is because you will actually need to solve a puzzle to unlock this bunker. You can refer our guide here to help you unlock the fabled Bunker 11.

A few days ago, data miners went through the COD Warzone game files and revealed that there are also some green and blue access cards available in the game along with the regular red ones. And while there isn't any information on the use of these two cards, there is a possibility that they could be used to get through the second bunker doors that are inside the existing bunkers.