Orda is the main boss that players will come across in the new Cold War Firebase Z map. How to kill the Elder God Orda? Scroll on for a detailed guide. 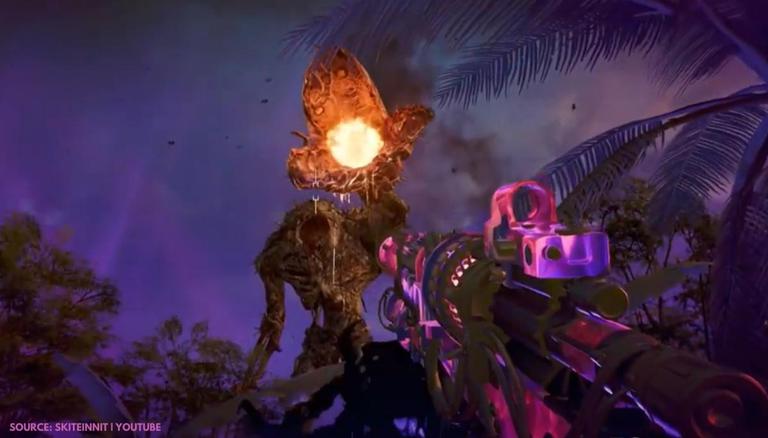 Elder God Orda is clearly the biggest boss that you will come across in Fizebase Z. The monstrous creature will appear near the Assault Wave at the Rocky Defense when you finally reach Round 30.  Orda can also be found at several other locations, however, finding him is not the real challenge. The bigger concern for players is to figure out a way to take him down. So, in this Black Ops Cold War guide, we will show you how to battle against this boss monster.

Also Read | New Exotics In Fortnite: How To Get The Slurp Bazooka And Burst Quad Launcher?

How to kill the Orda boss in Firebase Z?

Once you run into Orda, you will realise that you need a good amount of firepower to successfully eliminate him. Your standard set of weapons won't be much effective as they are against regular enemies. It is advised that you upgrade your weaponry and get your hands on the Firebase Z Wonder Weapon.

Wonder Weapon is one of the most powerful and highly effective endgame guns you will come across while taking on this undead boss. To gain an easier kill, it is suggested that you also equip a few Tomahawks. A Tomahawk is a thrown lethal which can easily take down enemies that come in contact with it. Make sure you have at least five of these which can be used along with your main gun. However, in most cases, just three Tomahawks does the trick. It is also necessary that you time your attacks and pump a few bullets in right after he prepares a shooting attack.

If you don't have a Wonder Weapon yet, you can get one from the Mystery Box. This is the quickest way to acquire the gun, however, you should note that the mystery box will cost you 950 points for a single spin, and it still doesn't guarantee the weapon. Therefore, it is suggested that you get one by crafting it with a Blueprint for free by completing the FireBase Z Easter Egg quest

WE RECOMMEND
Cold War Easter Egg; When is the Firebase Z Easter egg dropping and zombie patch notes
How to build Wonder Weapon in Firebase Z? A step-by-step guide
Where is Dr Peck in Firebase Z? Know all about this latest glitch in COD Cold War
Best Quickscope Class in Cold War: Learn how to Quickscope in the game
Firebase Z will be the new Zombies map in Cold War; Get launch date and more