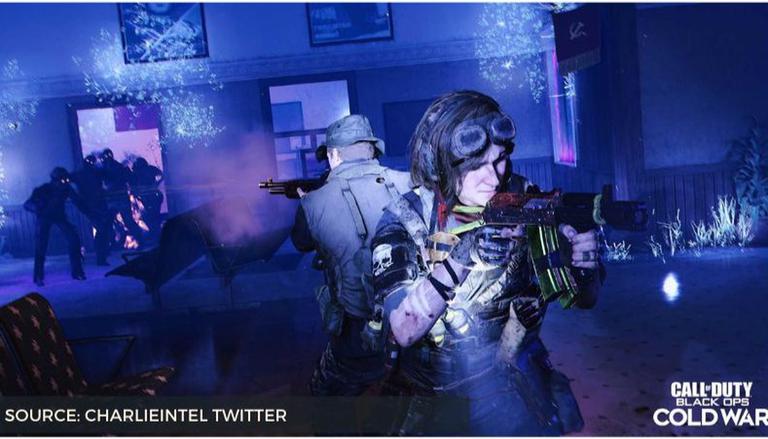 COD Cold War is the 6th instalment to the Black Ops Franchise. This game has been taking the name forward by giving an arresting story and staggering ongoing gameplay execution. Cold War has been in stores for a long while and is on a consistent ascent to popularity. With the utilization of adaptive triggers on the PS5 controller, DualSense is additionally liable for the game's ascent to acclaim. Call of Duty is likewise known to add a ton of bonus substance for its players. Many players want to learn more about Cold War Outbreak Easter Egg.

Also read: Cold War Outbreak Not Working: Know All About The Issues Here

Cold War Outbreak has its first Easter Egg spotted by the players. This new Zombies map has an easter egg which is a throwback to Call of Duty Black Ops 3. To activate this easter egg the players need to find a huge machine on the map. This machine will have a monitor on the ground and a big hole on the top. Players need to go near it and interact with it.

This machine is called the Dragon Relic. When the players activate this machine, a huge Dragon Pops up from the hole at the top and zombies start spawning around it. The players need to kill these zombies so that the Dragon can feed on them. When an ample amount of Zombies have been fed to the Dragon Relic, the machine will fly away, leaving a supply box of incredibly valuable stuff for the players. This supply box will include weapons, scorestreaks, ammo, armor, and more.

What does full power do in Cold War?

Cold War Zombies have many special attributes that differ from normal Cold War game modes. One of these special attributes is power-ups. Power-ups are consumable pick-ups that are dropped by certain zombies when they are killed. These Power-ups provide the players with special powers in the Cold War Zombies mode. Full Power is one of the latest power-ups that have been added in season 2 of Cold War and many players are wondering. what is Full Power?

Also read: How To Get Refined aetherium Crystals? Complete Guide For Your Cold War Outbreak Doubts

WE RECOMMEND
How to play 'Cold War Outbreak' early? When does season 2 of the game come out?
Is PUBG 2 going to release next week? Is PUBG Mobile New State set in 2051? Know details
Listen to the latest songs, only on JioSaavn.com