Fortnite Update: What Are The Helicopter Locations In Fortnite?

The latest Fortnite patch 12.20 update has introduced helicopters to the game. Continue reading to know where you can find these choppers in Fortnite.

Epic Games has finally released the Fortnite patch 12.20 update and it comes with a number of new features and a myriad of bug fixes. So far in the game, the vehicle transport was restricted to Fortnite motorboats, but now the new update has brought mobility to the new map in a big way by introducing a new flying vehicle, opening a new range of possibilities for travelling around the island in Fortnite Chapter 2 Season 2.

Of all the new introductions, the flagship feature with this latest update is the highly-anticipated chopper, which was actually revealed during the start of the season. These were specifically introduced to facilitate mobility and they do not have any onboard weapons. These helicopters can only be used by a maximum of four players at a time, which makes them ideal for squad plays. Players should also note that there is a major warning about these helicopters; the glider does not automatically deploy when you make an exit. However, before you try to make an escape in this flying vehicle, you should know where you can find one.

Also Read | Fortnite Update 12.20: Why Are Fortnite Servers Not Responding?

The helicopters can mostly be found at the new Agency bases and Fortnite Shadow Safe Houses, so be cautious of the AI henchmen if you plan to use one of these choppers. For those who rely on map coordinates to reach a particular spot, here are the helicopter locations in Fortnite: 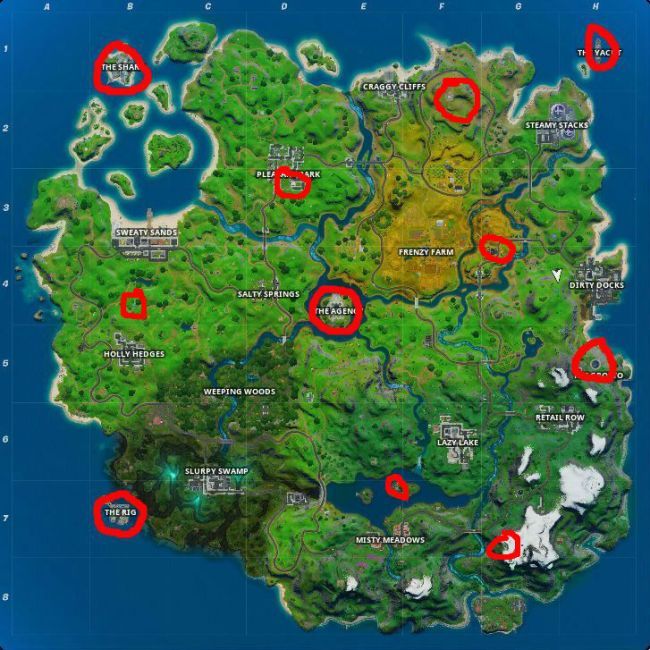 PEOPLE HAVE PLEDGED SO FAR
How to use QR codes in 'Animal Crossing' and download custom clothing designs?
Xbox mic not working in party chat? What's causing the issue and quick fixes
Borderlands 3 DLC: The new Purple Spider icon Explained! Know details
How to get Cherry Blossom Petals in Animal Crossing and what to do with them?
Borderlands 3 Guns, Love, & Tentacles New Update 1.10: All the new features and fixes
DO NOT MISS
UNITE AND FIGHT CORONA: PM MODI
AIR INDIA SIGNS CONTRACT
WATCH: PREGNANCY Q&AS
JAVADEKAR SLAMS SONIA FOR CRITICISM
'9000 MARKAZ CONTACTS TRACED'
FANS EXCITED FOR KOHLI-KP TALK