Fortnite Update: Where Are The Shadow Safe Houses In Fortnite?

Fortnite update: One of the Week 2 Brutus' Briefing challenges tasks players with finding a Shadow Safe House on the map. Know how you can easily find them.

Chapter 2 of Fortnite of the second season has been introduced with a number of exciting challenges to complete. Week 2 has brought a wave of Brutus' Briefing challenges to Fortnite, and just like before, some of the challenges tie into the season's spy theme. One such challenge requires players to track down one of the Shadow safe houses. So, for those of you who are not aware of what these are or where they can be located on the map, this guide will certainly help you out.

Also Read | Fortnite Update 12.20: Why Are Fortnite Servers Not Responding?

Where Are The Shadow Safe Houses in Fortnite?

Locating these safe houses on the map can be quite a tricky task due to their inconspicuous appearance. All of these locations will appear like a normal structure from the outside; however, all of them are swarming with AI henchmen, so as you stumble upon them, they can be easily recognised. As these AI enemies patrol all the safe house locations on the map, you should be cautious when approaching them. There are a total of five Shadow Safe Houses hidden across the Fortnite map. Take a look here: 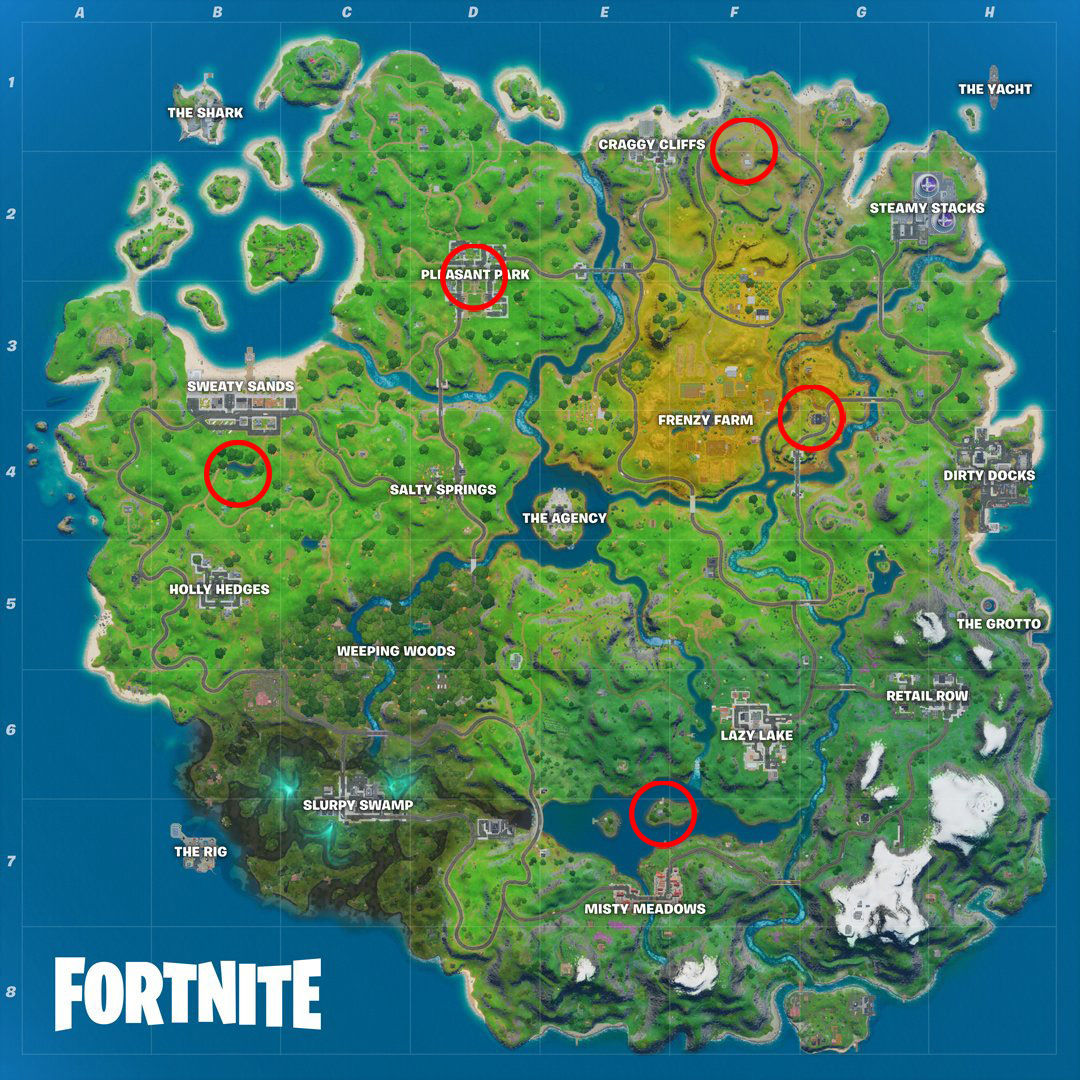 *These hideouts do not appear on the map as a named location as they are a landmark. In addition, three of these Shadow Safe House locations are underground. So, the names only appear as you enter them.

This hideout is situated on the top of a hill that is to the east of Craggy Cliffs. Once you get to this location, you will see a dumpster, which is not too far from the building on top of this hill. Go inside the dumpster to have it add to the challenge.

This Shadow Safe House is relatively easier to find as it isn't hidden on the map. It is just another structure which is located at the larger island on Lazy Lake, on the north side of Misty Meadows. As you reach the spot, you will see a house, which is the Shadow Safe House. Simply enter the house.

Also Read | Where Is The Amusement Park In PUBG Mobile And How To Locate It On The Map?