Fortnite X Rocket League event is just a week away and it will bring rewards for both the game titles. Read on to know the release date & other details.

Epic Games has been collaborating with various other game companies. This time there is a crossover event with Rocket League after which Fortnite Season 4 will also release its own event. Read on to know everything about this Fortnite X Rocket League event which is expected to release this month, in September.

Rocket League is getting a Fortnite crossover to celebrate the launch of its free-to-play after which it will permanently stay as an FTP game title. Fortnite crossover event is called the Llama-Rama whose details will be fully announced in the next week. Epic Games had purchase Rocket League developers Psyonix back in May 2019. Now even those who don't own the game will be able to play it for free. Apart from that, since the game is purchased by Epic Games, it will be removed from the Steam platform and will be made available only on the Epic Games Store for the PC players.

The official release date for Fortnite X Rocket League is set for September 23, which will be the launch date for Rocket League's free-to-play. The Fortnite event Llama-Rama will be released right after it. This will be a crossover event between both these games.

We’ll have more info to share next week. pic.twitter.com/FeATrAd8j4

Rocket League was initially released in the year 2015 and has been a massively famous game in the ESPORTS gaming community. The upcoming event will bring some updates and changes to the game as well as make it permanently free-to-play. The game will also become cross-platform for those who have an Epic Games account. Also, even though, for the PC users, purchasing from Steam won't be available, those who already own it in Steam will continue to receive support. Downloading Rocket League between September 23 and October 23 will reward players with a $10 Epic Games Store coupon. 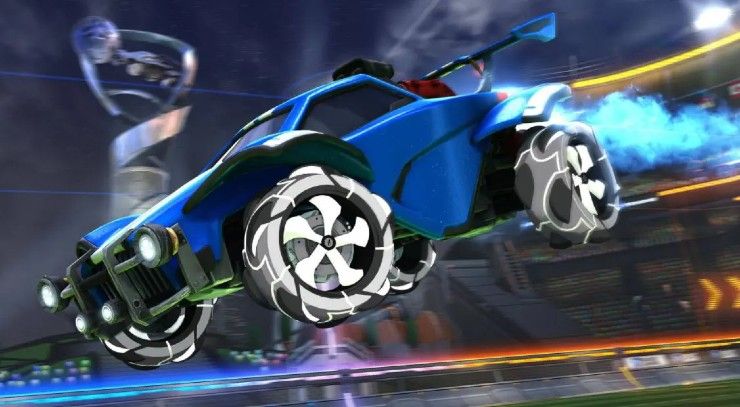 The above-mentioned rewards will be given as part of the promotion for the players who log in to an Epic Games account. Fortnite and Rocket League have announced that this event will offer cosmetic rewards for both the game titles but full details will be made available starting next week.