Genshin Impact Fowl Location: How To Get Fowl For The Marvelous Merchandise Event?

In the latest Genshin Impact Marvelous Merchandise quest, players are required to get a Fowl in exchange for rewards. Scroll on to learn where to find this item 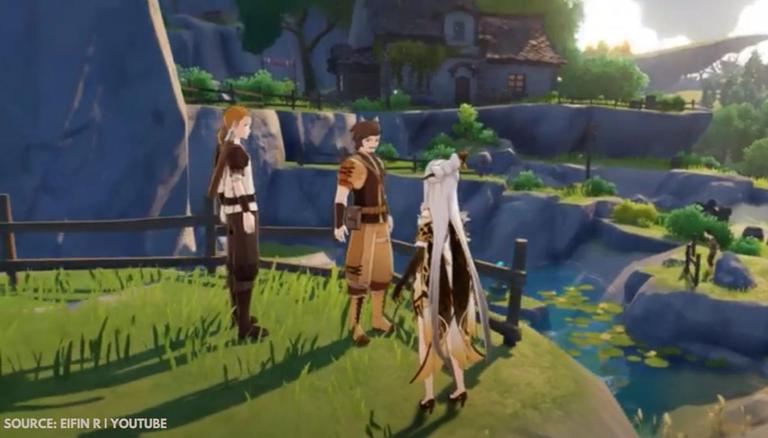 Genshin Impact was one of the biggest surprises of the year 2020 and it appears that the game is only getting bigger. The free-to-play action RPG from miHoYo has attracted a huge following due to its intriguing story campaign and gameplay mechanics. The game developers have been surprising fans with various in-game events which come with new content, challenges and rewards. The Marvelous Merchandise event is the latest limited-time event in Genshin Impact where fans can complete small quests every day to unlock plenty of rewards.

As part of the event, the gaming company has also brought back Liben, a Merchant who was first added at the time of the game's release. Liben will be appearing at different locations every day, requiring players to collect certain resources in exchange for rewards like Ascension materials, Enhancement materials, Primogems, and Mora. For the latest challenge, Liben requires players to collect Fowl and a bunch of resources that can be found across the map. All you need to do is find the item and take it back to the new merchant. However, if you are wondering how to get Fowl, this guide will help you with the exact Genshin Impact Fowl location.

Also Read | Genshin Impact Slime Paradise: How To Participate In The Event?

Where to get Fowl in Genshin Impact?

Players can collect Fowl in Genshin Impact by killing wild birds. You can easily find them in places near water bodies such as lakes or beaches. Make sure that you are carrying a bow to kill the birds before they have a chance to fly away. Once you have successfully taken them down, you can swim towards the birds and collect the Fowl in case they fall down in the water. Also, it is worth noting that you should attack them so they don't fly away.

Another way to get Fowl in Genshin Impact is by purchasing Fowl from Draff. You can find him in Springvale during day time and is usually found hanging by a small pond. You simply need to approach him and ask him for the item. You can get up to 10 Fowl by spending 240 Mora.

After collecting the item, you can go back to Mondstadt and give it to Liben in exchange for rewards. The Marvelous Merchandise event which began on January 23 is set to run until January 31 at 4 AM ET.