How many people play Minecraft? Here is everything you need to know about Minecraft player base, increment in the users, last stats and new stats. Read more.

Released in 2011, Minecraft has been growing massively over the period of time. The game has a unique interface which helped it to gain a lot of love from players worldwide. But, do you know how many people play Minecraft? This is actually what many players are wondering. If you are curious about the number of users on Minecraft, then do not worry, here is all you need to know about it.

Also Read |  How to carve a Pumpkin in Minecraft? Learn in simple steps here

How many people play Minecraft?

Minecraft, which has been developed by Mojang Studios, is set in the world of a Sandbox which is the reason it is called the Sandbox video game. With an interface that helps Minecraft players build megastructures, humble homes, and entire recreations of iconic locations from the real world, this incredible game keeps on growing from the time of its first launch in 2011. So, as per Statista, a statistics web portal, Minecraft has a massive user base, something that many would not have expected. 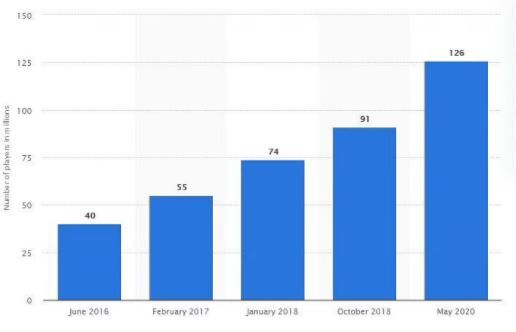 Statista's stats reveal that as of May 2020, Minecraft has around 126 million users. These stats are something that has crossed all the past records of the game. In the year 2019, Minecraft player base was just around 91 million in October. So, there is a growth of 35 million from October 2019 to May 2020 (in just 8 months). There were rumours about the shutting down of the game, however, these stats shut all the rumours down so effectively.

So my wife went a little nuts in #minecraft and basically made a 1:1 model of the Taj Mahal pic.twitter.com/oJVFB28T01

Apart from this, if you are a player and you want your friends to play this sandbox game, you can easily invite them via a link. Here is how to invite friends in Minecraft game.

Also Read | How to make a house in Minecraft to protect yourself from mobs?

WE RECOMMEND
Minecraft Caves and Cliffs update release date; everything you need to know
How to carve a Pumpkin in Minecraft? Learn in simple steps here
Is Minecraft Steve in Super Smash Bros? Know all details here
Among Us 100 players: Here's how to create a lobby with 100 players
How to mute players in Minecraft without using any add-on or mods?