Fortnite players have been tasked with catching weapons as part of the latest Location Domination challenges. Read on to learn how to catch weapons in Fortnite. 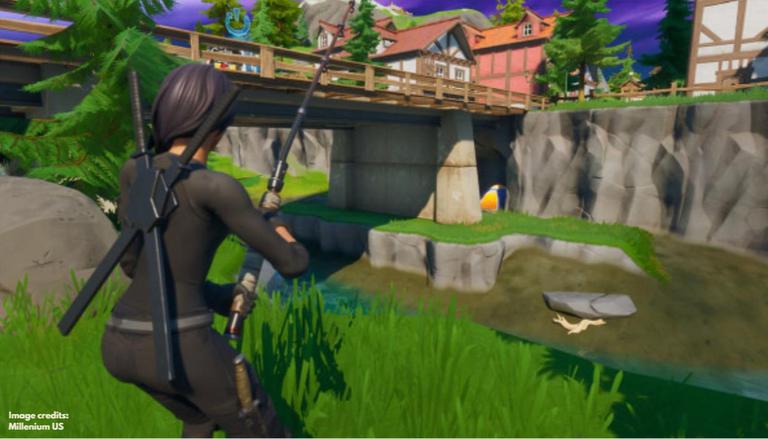 Fortnite is one of the most popular free-to-play battle royale games that has more than 350 million registered players worldwide. The game brings weekly challenges for fans which involve a unique set of tasks and challenges. A new set of Location Domination Challenges is live on Fortnite for the second stage. Players should be happy as Epic Games is giving players 900,000 additional XP as part of the new set of challenges. The challenges allow players to collect XP when they complete a battle pass or unlock the golden skins. One of the challenges tasks players with catching weapons at the Misty Meadows, which is quite simple.

Also Read | Why Are Lightsabers Back In Fortnite And Where You Can Find Them?

How to catch weapons in Fortnite?

Misty Meadows is one of the smallest locations on the Fortnite map. The area is located inside the coordinates E7 and F7, southwest of Lazy Lake, southeast of Slurpy Swamp and far south of Frenzy Farm. After you reach the location, you need to grab a fishing rod or a harpoon and try fishing a weapon with it. You will also be able to catch a weapon on the ground using a harpoon. You can also use the Team Rumble mode to catch the weapons with ease.

All the Location Domination challenges

Also Read | Where Is Hydro 16 Located In Fortnite And How To Reach Compact Cars?

After almost a year of being available only through Epic Games, Fortnite is finally available on the Google Play Store starting last month. Previously, the game had to be downloaded using a separate APK file directly from the company's website. And while users can still do that, it's a bit complicated for certain users. You can now install the game using the link here.

iOS users can download the game as usual from the App Store here. Just tap on install and wait for the game's icon to pop up on your phone's Homescreen.