How To Get Guns In Watch Dogs: Legion? How To Change Weapons In The Game?

'How to get guns in Watch Dogs: Legion' is one of the questions that is being asked frequently since the game hit the stores. Learn more here. 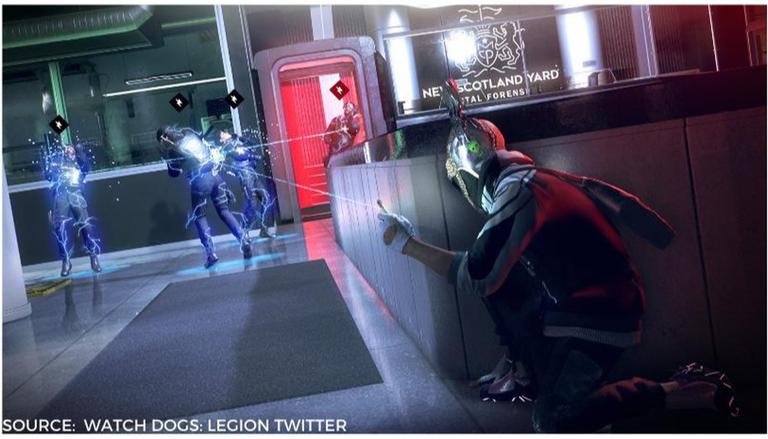 Watch Dogs: Legion is an Open world, third-person shooter game. It is the third installment of the Watch Dogs Franchise. In the game, players have the ability to recruit any NPC into their team for their battle against the government of London. It is a wide-scale battle involving a lot of hacking and shooting action, so it's best to have an idea about the guns and other gadgets in the game to keep the game progression smooth. How to get guns in Watch Dogs: Legion is one of the questions that has been raised frequently since the launch of the game.

Also read: Watch Dogs: Legion Hitman Location: Where To Find One Of The Best Recruits In Game?

How to get guns in Watch Dogs: Legion?

In the game, the players are trying to overthrow the military force that has taken over London and this duty won’t be completed without the extensive use of firepower. Every single NPC has their own set of skillset and weapons. The only way to unlock new weapons is by recruiting new characters. The way the player can change their weapons is also by changing the character they are using. To unlock new weapons that the player desires, they will have to look for the character in the game holding that specific weapon.

The Beekeeper in Watch Dogs: Legion can control a swarm of robotic bees that can help stun and inflict damage on enemies. The Beekeeper also has a flashy gold uniform. Hitmen are very useful and strong recruits. They carry the strongest weapons in the game, a Desert Eagle pistol, and a G36 Assault Rifle. Hitmen can also perform Gunkata takedowns and dodge rolls, making them an ideal recruit in the game. Other recruits such as police officers, weapon dealers, and security guards can fetch the players' guns like the MP5 or Ak-47.

The entire game of Watch Dogs: Legion spins around enlisting NPCs and building a group to overrule the overseeing assortment of London. Players must be careful while enlisting NPCs as these are the playable characters in the game as well. Players should remember their details and ranges of abilities while building an ideal group. Characters that pass on in the game, don't return, so the players need to continually manufacture a group while playing the game. Here are probably the best Watch Dogs: Legion Recruits: