Is 'Siren Head' Coming Back? Will It Be A Full-fledged Horror Game? Read Details

Is Siren Head coming back? Has been one of the most searched questions as the character gains popularity. Read to know whether it will get a full-length game.

The indie horror game Siren Head has lately gained vast popularity on the internet. The almost five-minute Siren Head has not received a full version yet but fans have been wanting for some more of the weirdly scary character in some shape or form. The Siren Head game debuted back in 2018 and has since then been made popular by YouTuber and other streamers like Markeplier, PewDiePie and Jacksepticeye. The found-footage style game has emerged to be a favourite among fans and now, the creator of the character, Trevor Henderson, has opened up about the future of Siren Head.

Is Siren Head coming back? 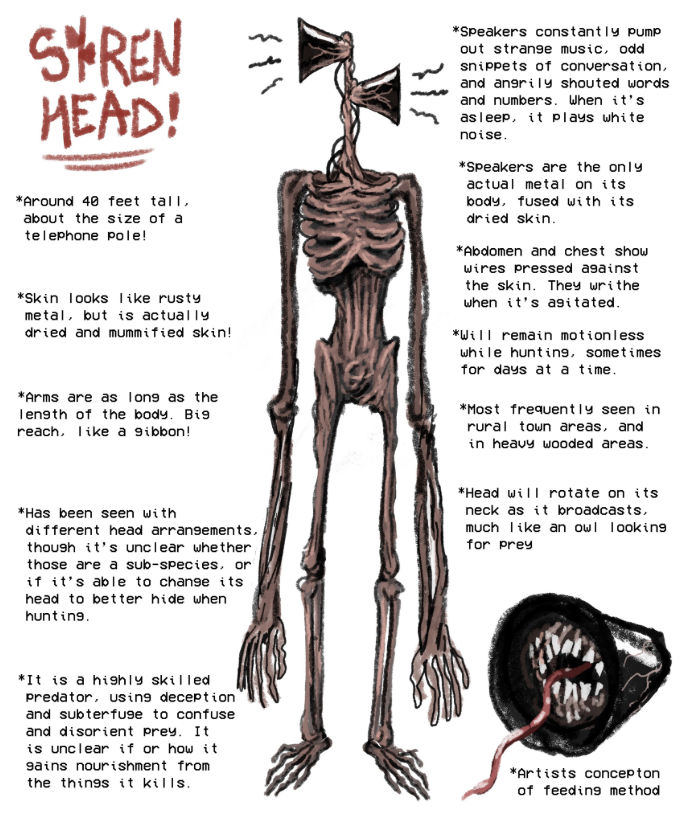 Also read: How to make a Hat in Roblox by retexturing an existing design?

Trevor Henderson is the creator of Siren Head who created it back in 2018 while he was doing a digital art doodle. The creator spoke in an interview with a leading news portal where he revealed that the idea was to maintain the found-footage horror movie feel to the character, as seen in the game. Trevor believes that Siren Head has a Slenderman character-like vibe to it which made it popular.

Talking about the development of the game, the crreator revealed that he had no involvement in any form and was contacted by the developer who asked his permission to make the game. He did not have any say in the design or level of the game in any way, Trevor added.

Also read: Is it illegal to boot someone offline on Xbox? Know details here

Fans have been excited to know whether Siren Head will get a new game which will feature the character in a new backdrop. To this, Henderson revealed that he is thinking about reaching out to some developers to do a longer version of Siren Head as it is really resonating with people, especially during these testing times such as the COVID-19 pandemic.

Speaking about the future of Siren Head in pop-culture, Trevor revealed that he wishes to do a lot with the character as it has gained stupendous popularity. The creator, at the bare minimum, wishes to expand the character through comics or some other narratives. He wished to continue with the character through a book which later did not go through well. Trevor also joked about how he would love to watch Siren Head in a bad horror movie, emphasizing that it should be a bad horror film and not a good one jokingly.

Also read: Sony Postpones Its PS5 Event In Wake Of Widespread Protests In US