League of Legends will be having new K/DA group's skins rolling out and players are going crazy. Have a look at how will your favourite K-pop star look. Read

Riot Games has announced new skins of K/DA in League of Legends before the release of the singles from the K-Pop stars. The announcement comes as the stars are going to be holding a world premiere of the second track on August 27, 2020. Currently, Riot has only presented a glimpse of how the skins might appear, we do not know how the full-length characters of these K-pop stars would look like.

K/DA character skins declared by Riots Games for League of Legends have been mesmerizing K-pop fans greatly. The group in association with the game developers have shared the character skins on their official Twitter account this why players and fans are eagerly waiting for the song premiere as well as the skins to roll out.

However, it is expected that the new skins will be renewed with the older version and it will be much fancier than before. "The Baddest" K-pop girls are all set to burn the stage, the internet, and the game with their bold moves and upcoming character skins in the game. "Wish you luck but you are not bringing us down" were the words in the previous single to which fans are totally agreeing to after having a glimpse through the latest skins.

The upcoming K/DA The Baddest appear to be black whereas the old skins were in distinct colour for all the characters. Every character has been nicknamed by the K/DA which may or may not indicate the skin names that are going to be available. Kai'Sa is named as "The Dancer," Ahira is called "The Queen," whereas Evelynn and Akali are called "The Diva" and "The Rebel" respectively. 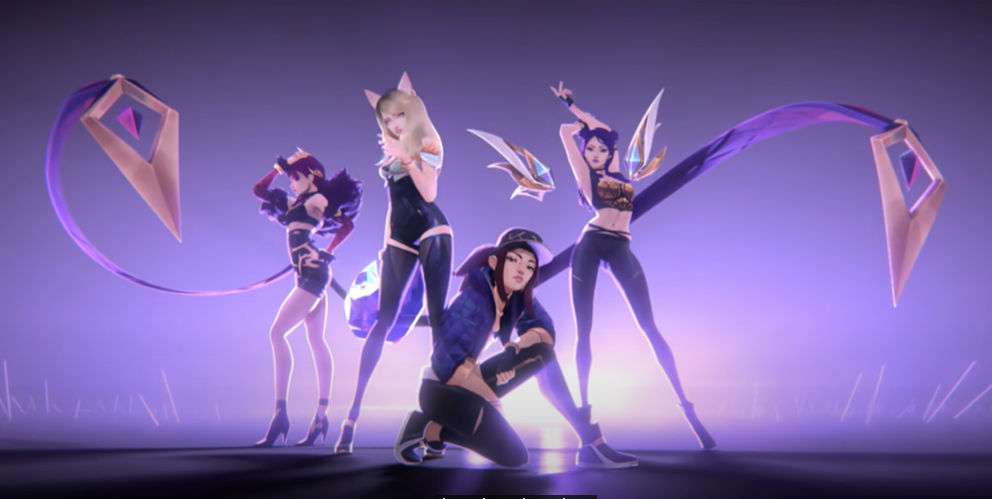 Also Read | How to play New World Beta? Who is eligible? Is it free? All answers here

However, there are some leaks that are revealing a lot about the skins. As we are not aware of how accurate the leak is, it still is one of the prominent predictions that has awestruck the fans. Here, have a look.

I don't think this is real, ahri's outfit/top is different