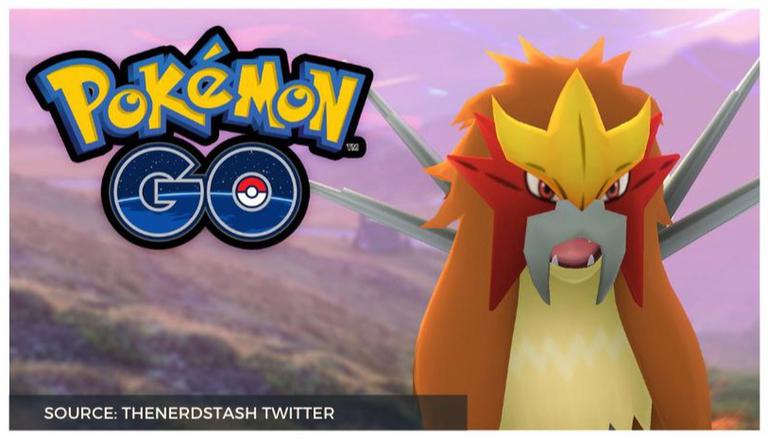 Pokemon Go has become one of the most played mobile games out there and it has maintained that stature by constantly developing and learning. Since its release the game has added many new changes and content to the game, this involves Team Go Rocket, Shiny Pokemon, Pokemon Raids, and more. The constant development has kept the players immersed in the game. The latest raid in the game is the Pokemon Go Entei Raid.

Pokemon Go has also added raids to the game, in these raids the players can take on Pokemon Raid Bosses, and winning them will provide them with certain rewards. The latest raid boss is the Legendary Pokemon From the Jhoto region, Entei and players want to how to beat this legend. To learn how to beat Entei, the players should be well versed with Pokemon Go Entei Raid Counters and Entei Weakness in Pokemon Go. Check them out below:

Pokémon GO Entei is a legendary Fire-type Pokemon with a max CP of 3926, 235 attack, 171 defense, and 251 stamina in Pokemon GO. It was originally found in the Johto region (Gen 2). Entei is vulnerable to Ground, Rock, and Water-type moves. Entei is boosted by Sunny weather. Entei's best moves are Fire Fang and Flamethrower (16.50 DPS).

Pokemon Go was amongst the highest-earning games of July 2020. This game was developed by Niantic and is one of the most played games all over the globe. The game uses mobile GPS to locate, capture, battle, and train virtual Pokémon that appear to be in the real world. The pokemon enthusiasts certainly enjoy the game and run on a freemium business model that supports in-app purchases for an additional in-game item.

Everyone finds the Pokemon Go players running around the streets with their phones in their hands looking for all the fancy Pokemons they can pick up. This is one of the games that need the players to move around rather than sitting in one spot to play the game. Pokemon Go can be downloaded for free on Google Play Store and Apple App Store.