Ho Oh is one of the legendary Pokemon creatures available in Pokemon GO. Continue scrolling to check out the best Ho Oh moveset, weakness, and counters 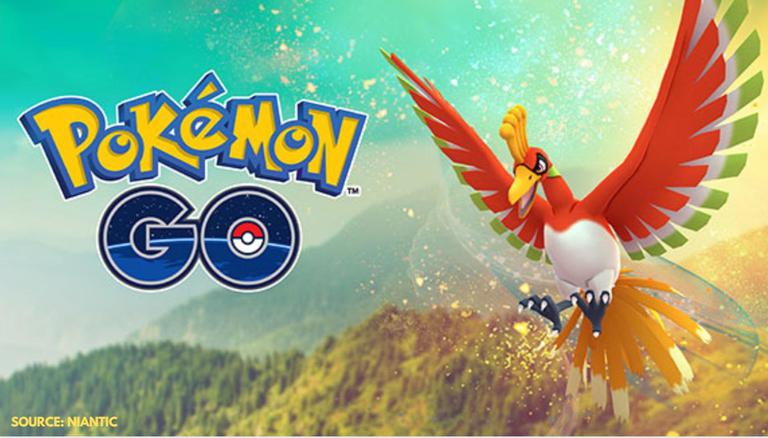 Ho Oh is a Fire and Flying-type Pokemon which has a max CP of 4367. It is the first legendary Pokemon to be added in Pokemon GO this year, however, it will be available only for a few days. There is also a Shiny Ho Oh form available in raids, however, it is hard to find.  Let's take a look at when it appears in raids and also learn about its best moveset and counters.

When does Ho Oh appear?

Ho-Oh has been appearing in raids starting January 1 at 1 PM PST and it will be available until January 5 at 10:00 AM local time. If you are lucky enough, you will encounter the Tier 5 Legendary raid boss.

Oh-Ho can inflict a  great deal of damage to its opponents during battles. Incinerate (Quick move) and Brave Bird (Charge moveIncinerate) are two of the best moves of this Pokemon creature. This combination has the highest total DPS and is also the best moveset for PVP battles.

It also equips a number of other Quick moves which include the Extrasensory, Steel Wing, and Hidden Power. As far as the Charge moves are concerned, you have the Solar Beam, and Fire Blast apart from the Brave Bird.

Here are some of the best counters of Ho Oh:

Also Read | Can Snorlax Be Shiny In Pokemon GO? Will There Be A Shiny Form Of Snorlax In The Future?