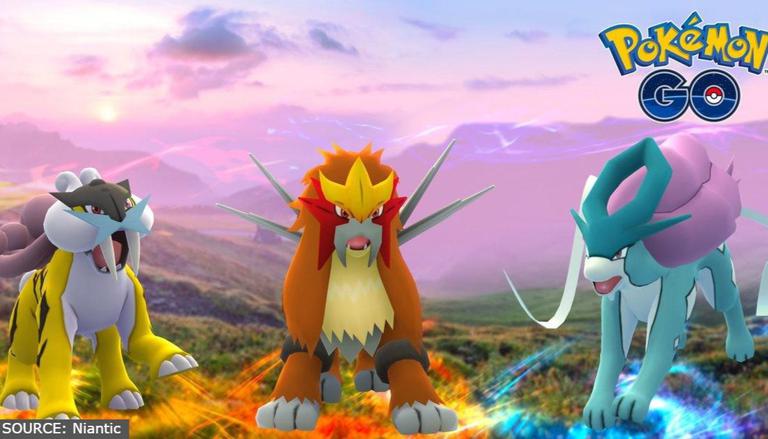 Pokemon Go was developed by the collaboration between Niantic and The Pokemon Company in 2016. There are many legendary Pokemon in Pokemon Go and one of them, named Raikou, embodies the speed of lightning. The roars of this Pokémon send shock waves shuddering through the air and shake the ground as if lightning bolts had come crashing down. Continue reading the article for the latest Pokemon Go update and information about Raikou raid.

The upcoming Johto event 2021 is going to feature the legendary trio Pokemon, Raikou, Entei and Suicune during level 5 raids. All the players who have been waiting for the chance to get their hands on these three can now make use of this Johto event.

We’re excited to announce that Johto will be the next region featured in our countdown celebration! Pokémon GO Tour: Kanto is right around the corner! https://t.co/wd58MCFMfT pic.twitter.com/P1PCh97pQ8

Pokémon GO Raikou is a legendary Electric-type Pokemon with a max CP of 3902, 241 attack, 195 defence and 207 stamina in Pokemon GO. It was originally found in the Johto region (Gen 2). Raikou is vulnerable to Ground-type moves. Raikou is boosted by Rain weather. Raikou's best moves are Thunder Shock and Wild Charge (18.04 DPS).

Raikou best moveset are Volt Switch and Wild Charge when attacking Pokémon in Gyms. This move combination has the highest total DPS and is also the best moveset for PVP battles.

Raikou is an Electric-type Pokémon, which makes it weak against Ground moves. Some of the strongest Pokémon you can use to beat Raikou are:

Also read | How Many Missions Are There In Hitman 3? A Detailed Walkthrough For Fans