Where Is Risky Reels In Fortnite? What Is Chance The Rapper's Fortnite Event?

Fortnite has been working on many new things to keep the community entertained and connect to the game during this time of social distancing. The new Risky Reels in Fortnite with Chance the Rapper's Punk'd show is being played on the screen. This has glued many players on their PC screens to enjoy something new in the survival game. However, many new and old players are having problems in locating the place and the major confusion in their mind is "Where is Risky Reels in Fortnite?"

What and where is Risky Reels in Fornite? 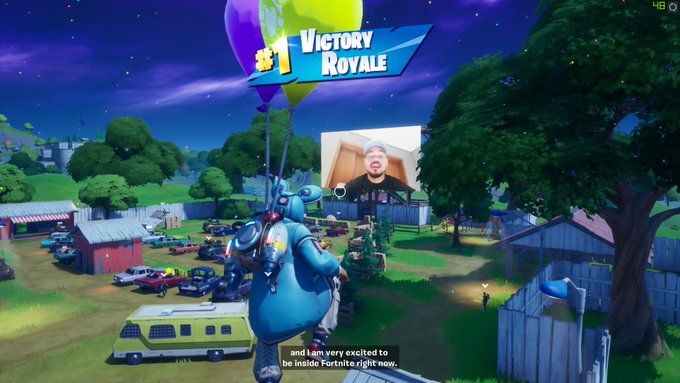 Risky Reels is a landmark on the Battle Royale map. It is located at grid coordinates E3 and E4, northeast of Salty Springs and west of Frenzy Farm. It is a drive-in theatre with a ticket booth, projector, huge projector screen, food stand, restaurant, playground, public toilets and many, many cars. This Risky Reels' event with Punk'd is amongst the many things Fortnite is trying to keep the community engaged and entertained.

When does Chance the Rapper's Punk'd show run on Risky Reels?

Chance the Rapper's Punk'd show is a prank show by Ashton Kutcher which is now brought by the streaming service app called Quibi. There is not much information about the timings of the show in the game, but the event was announced yesterday (i.e. April 10) and will mostly be available till April 11. The show is run on every hour and players can visit the place to enjoy the show.

Also Read | How to get Silver Scavenger Medals in Fortnite to customise Maya's pants?

Fortnite is known for doing such cross-promotions with its in-game streaming capabilities. The developers of the game have also tried engaging the community by joining hands with a trivia-based mobile app called Houseparty where players can flaunt their knowledge about their favourite game.

Also Read | What is Storm Surge in Fortnite? How does it work and secret to avoid it?

PEOPLE HAVE PLEDGED SO FAR
LATEST NEWS
View all
2 hours ago
Xbox friends list not working: issue preventing users from teaming up on popular titles
1 day ago
How to enable 2fa on xbox for added security? explained in 5 easy steps
1 hour ago
How to invite friends on minecraft dungeons and is it possible to join random sessions?
1 day ago
How to get more space on xbox one without having to delete your favourite games?
21 hours ago
Fortnite patch notes 12.61: mini-map and new cosmetics set to arrive