WhatsApp Dark mode has been officially rolled out by the company for both its Android and iOS users globally, but it isn't available for all Android versions.

WhatsApp has finally rolled out the Dark mode feature after releasing a slew of beta builds over the past few months. The highly-anticipated Dark mode feature is available for both Android and iOS users. If your phone runs on Android 10 or iOS 13, the feature can be easily enabled from the device settings.

WhatsApp Dark mode not available for all devices

Under 'Theme', you will have these three options: System default, Light and Dark 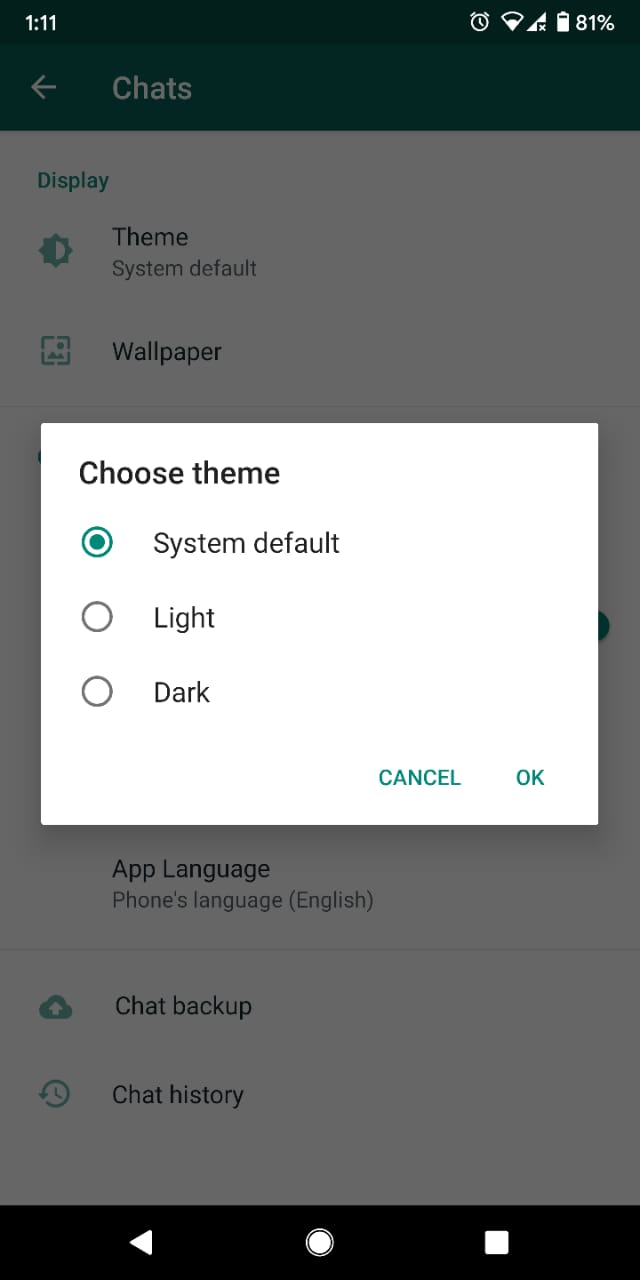 However, WhatsApp Dark mode is not available for older versions of the Android OS, meaning that users who have smartphones running on Android 8 or below won’t be able to access the feature. The company has not given any update if the feature will be rolled out to earlier versions of the Android OS in the future. Some users also took to Twitter to express their displeasure over not receiving the latest update.

where's the dark theme for everyone? you changed the profile picture of all your social networks, but you haven't added it yet.

Also Read | How To Enable Dark Mode On WhatsApp For Android And IOS Users?

How to get WhatsApp Dark mode if you still haven't received the feature?

WhatsApp is rolling out the Dark mode feature gradually to its user base and there is a possibility that still many may not have received the feature despite owning the latest version of Android. If that's the case, you can manually update the application through the Google Play Store. However, if it still does not work, you can try out the latest WhatsApp update from APKMirror.