A blind Bulgarian artist,  Stamen Karamfilov has found a way to keep painting. Karamfilov initially abandoned all hope of painting again when he lost eyesight.

A blind Bulgarian artist, Stamen Karamfilov has found a way to keep painting. Karamfilov initially abandoned all hope of painting again when he suddenly lost his eyesight in 2015, and reportedly also contemplated suicide at one point of time. After he passed through the period of the initial crisis, he discovered that there was still a way he could put paint to canvas. The 76-year-old artist said that it's great experience and intuition grinning in the middle of his studio in the southern city of Plovdiv, surrounded by vibrant treescapes and abstracts. 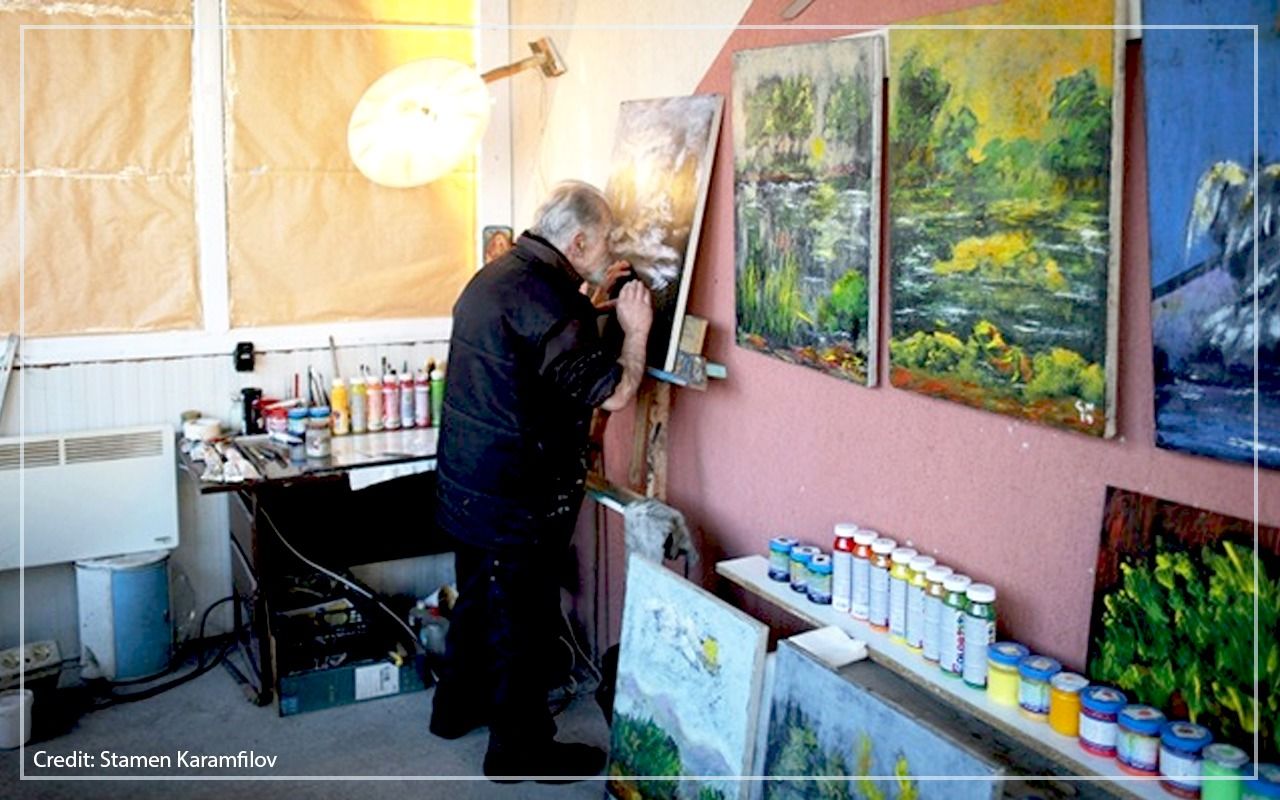 Karamfilov can paint when it's bright

He added that he could still find the difference between blocks of colour, between light and dark, through his left eye. He added that his instincts, skill and memories built up over his long career as an artist help him. He added that he can only paint on black canvases as he can recognize the warm colours such as orange, red, light green. The artist said that he paints when it’s bright and sunny as the shadows are visible to him during that time.

READ: Kartik Aaryan And Other Bollywood Actors Who Pursued A Degree In Engineering

Artist to prepare for 33rd exhibition

During his initial stages, he used to stand a few centimetres away from the canvas breaking down the image in his head into small squares. Then he connects the small squares using his own creativity and techniques that give a smooth finish and lets him feel the lines and blocks of the image underneath. His commendable work has been shown in Germany, Greece, Turkey, and several Bulgarian cities. Reportedly, he is currently preparing for the 33rd exhibition in his career and hoping to pass on the “enkaustikos” wax technique to an apprentice.

READ: Artists Use Sand As Canvas To Honour The Dead Wildlife From Australian Bushfires