A Christmas tart recipe went grossly wrong after a baker from the US used minced meat in place of mincemeat in it. A post of the 'abominable' recipe has gone viral on social media. Mincemeat is a mixture of chopped dried fruit, distilled spirits, and spices, brandy. Originally, mincemeat always contained meat but many modern recipes contain beef suet, though vegetable shortening is sometimes used in its place. 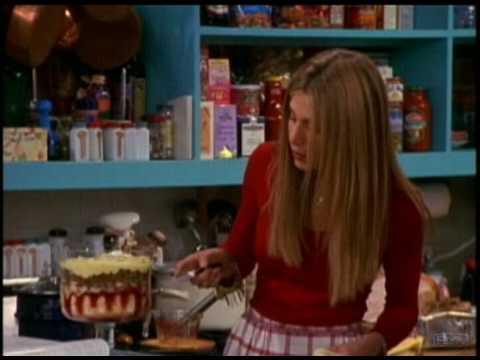 The incident has reminded people of a famous episode of Jennifer Anniston's Friends. In the episode, Rachel aka Jennifer messes up the trifle recipe and accidentally adds minced beef and peas. Baker Elaine Lemm reportedly came pretty close to repeat a similar blunder when she posted her faulty recipe on a website called The Spruce Eats. She used two medium apples, shortcrust pastry, butter, sugar... oh, and 255g of mince (of the cow variety)! In the post, there are step-by-step pictures showing the pastry filled with beef, before being layered with sliced apples and sugar, and baked in the oven. It even mentioned custard or brandy sauce, reminding people of Rachel. Take a look at the post.

Read: Different Maggi Recipes You Can Try At Home With Simple Ingredients

utterly obsessed with this american site that has confused mince with mincemeat, and created this abomination pic.twitter.com/Y31NqYGYrV

Elaine's mistake was posted by a user named Luke Bailey on twitter. Bailey's accounts have regular posts of funny incidents and memes and it seems he couldn't miss out on such a blunder. His post has received 61.5K likes and has been retweeted some 11.6K times making it viral.  A user wrote: "When things are lost in translation. Traditional mincemeat and apple tart. Umm, I think not... lol," and another added, "Behold the magic of an American website making a British Christmas mince pie but not knowing what the 'mince' is". There was a third drawing inference with Rachel writing: "It seems that the people doing this recipe have done a Rachel".

What’s extra confusing to me is that we don’t even call that mince. We would call it ground beef, or ground turkey, or ground whatever meat. We call mincemeat...mincemeat.

I WASN’T SUPPOSED TO PUT BEEF IN THE TRIFLE!!! Ahahahaha I came here looking for these comments thanks guys 🤣