Throwback To When Taapsee Pannu Took Fans Through A Tour Of Her Home In Mumbai, Watch

Here's a throwback moment to when Bollywood actor, Taapsee Pannu have a sneak peek of her Mumbai flat to her fans. Read on to take inspiration for home decor.

During the quarantine, many people are trying to redecorate their casa or oomph up the glamour of their living space. Here's a look at Taapsee Pannu's home in Mumbai from which fans can take their inspiration for home decors. The actor reportedly bought it and had it done while shooting for Anurag Kashyap's Manmarziyaan.

A glimpse of Taapsee Pannu's home

On April 26, 2020, Taapsee Pannu took to her Instagram account to share a glimpse of her front door. She posed beside and let the world know about her new abode.

Adding a caption she said, "This is the day I had my apartment in Mumbai ready, with all interior work done. It was strange that when I left for the shoot of Manmarziyaan I left from the old apartment I had taken on rent when I first moved to Mumbai n by the time I finished shooting the film n came back I entered the new apartment. Like a new chapter began just like that". 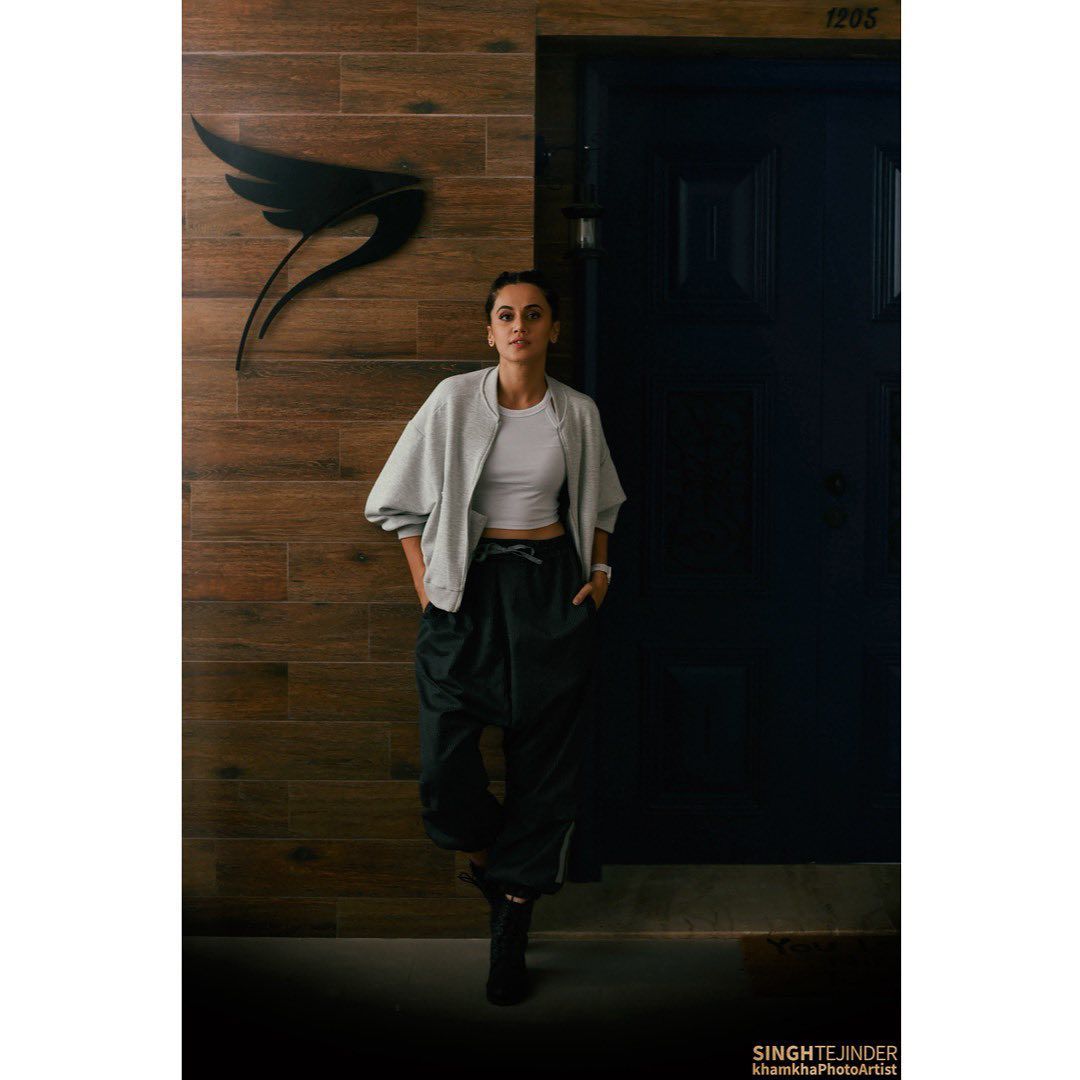 Taapsee Pannu further revealed that it was her mother and sister who made sure her new address was living-ready by the time she came back from shooting Manmarziyaan and transformed a "house" to her "home". She also said how she always wanted a blue door and a logo instead of a nameplate. For those who are redecorating their home, this seems to be a unique idea to take inspiration from.

The actor had also featured in a video where she opened up her home and gave a glimpse of it to her fans. She explained the thoughts that went on in her and her sister's mind while they planned the interior of her home. She also described her place as "Shabby chic".

A look into Taapsee Pannu's home and one can determine the influence of pastel and European decor. She also explained how they used a pop of colour randomly to break the monotony of the pastels. Taapsee also specially mentioned a clock that hangs on one of her most prominent walls to remind her if you don’t value time, time will not value you’. She also gave a glimpse of her "forest area" with an all-wooden decor.

Also Read: Taapsee Pannu Recalls Her TIFF Memories, Says 'What An Experience'; Check Out Her Post