Kajol and Ajay Devgn were spotted at the sets od Dance +5 in order to promote their upcoming, Tanaji: The Unsung Warrior. Read more to about Kajol on Dance +

The dance reality show Dance +5 has been one of the most prominent shows on Star Plus and their week-on-week performances have been entertaining the audiences since the beginning. It is common to see some Bollywood stars on the sets of Dance+ and other television shows. This week Ajay Devgn and Kajol were spotted at the sets of the dance television show to promote their upcoming film Tanaji: The Unsung Warrior. On the show, Kajol was requested to join a contestant, Rupesh on-stage for a romantic dance. Kajol accepted the request and grooved to her chart-busting song Ruk Ja .. O Dil Deewane along with him. Read more to know about how Kajol showed off her dance moves on the sets of Dance +5.

Kajol and Ajay Devgn on  Dance +5

The performance of one of the contestants Rupesh was hugely appreciated and managed to win the hearts of not only the judges and captains but also the two Bollywood stars Ajay Devgn and Kajol. Rupesh couldn’t resist himself and requested Kajol for an on-stage romantic dance which was gleefully accepted by the actrees. The viewers were lucky enough to witness Kajol’s effortless and free-flowing dance moves on her chart-busting song Ruk Ja .. O Dil Deewane. 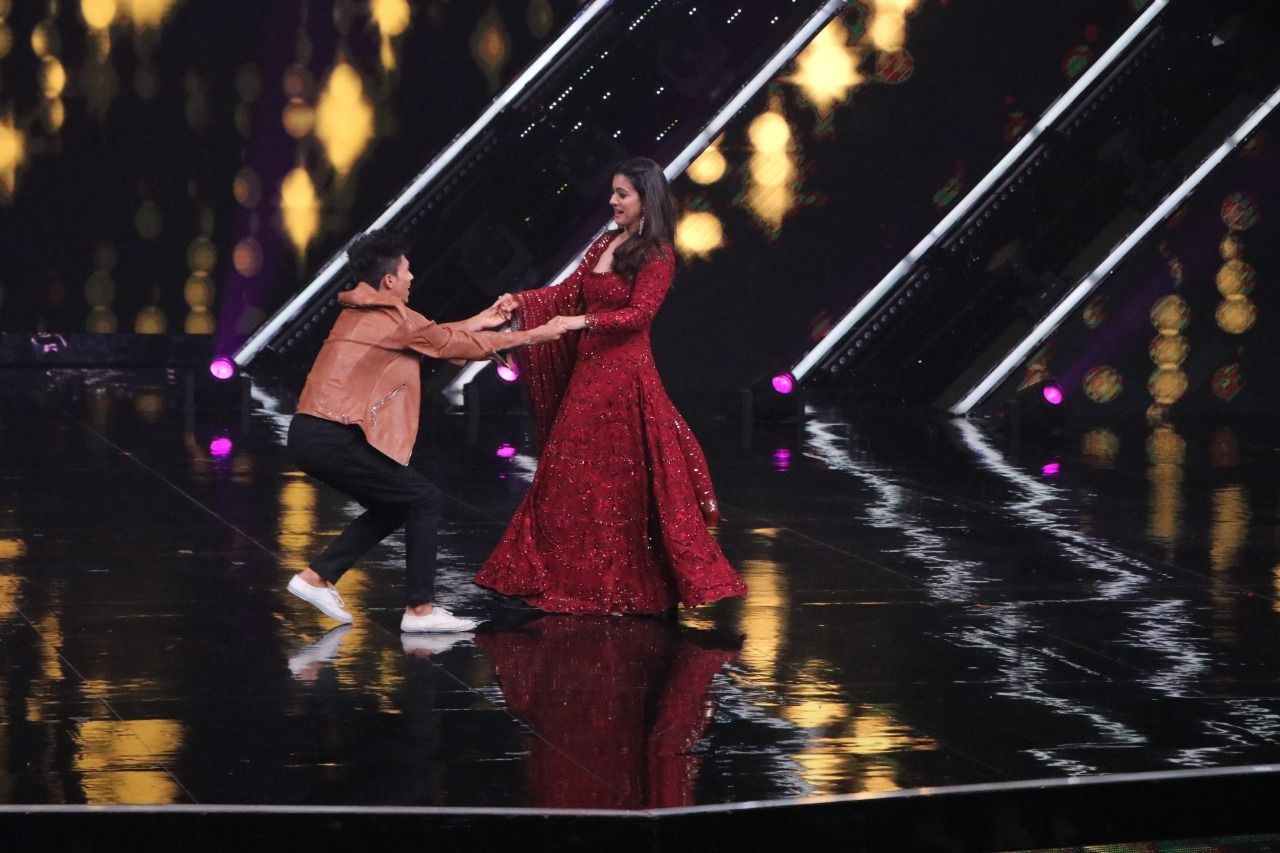