Kajol recreated her look from one of the most popular movies Kabhie Khushi Kabhie Gham. Here is how she looked.

Kajol seems to be one of those Bollywood actors who is ageing backwards. The actor, who turned 45 this year, is melting the internet with her fashion game. Recently, Kajol appeared on a reality show where she donned a look exactly like the one from the 18-year old Kabhie Khushi Kabhie Gham. The internet is breaking as fans are going gaga over her recreated look. 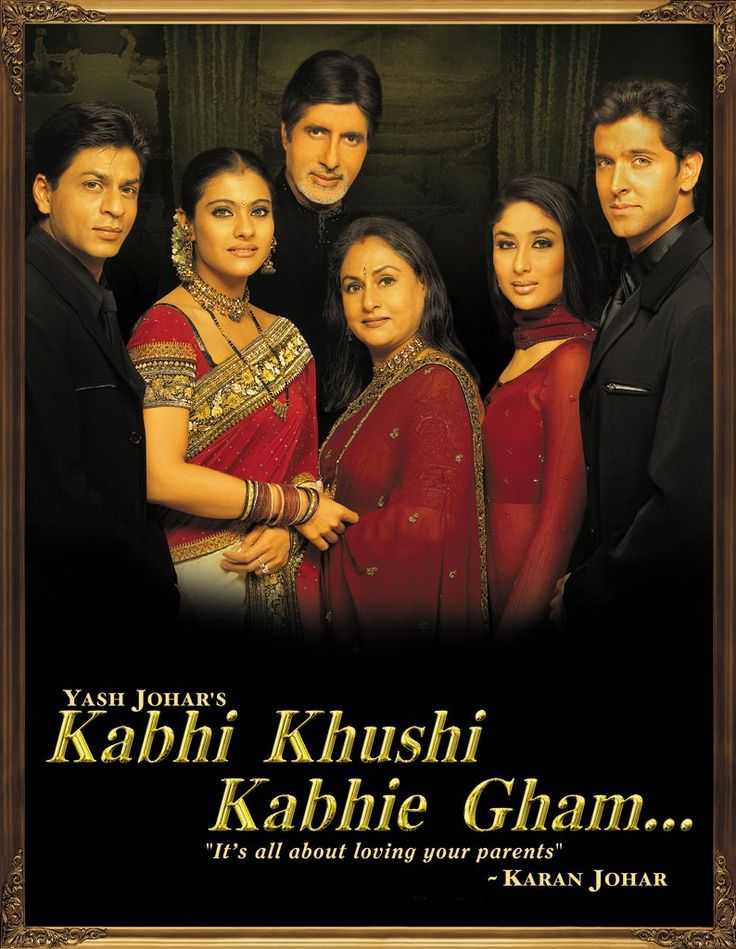 Kabhie Khushi Kabhie Gham released in the year 2001 still seems to be fresh as ever. The movie had some of the most iconic characters, outfits, dialogues and scenes and continues to be a fan favourite, everyone must remember the character of Anjali, the bubbly Punjabi girl who falls in love with the rich heir of the Raichand family, Rahul. The saree donned by Kajol for her Anjali in one of the posters has gone on to become an iconic outfit. (Image courtesy: IMDb)

Recently for the promotions of Tanhaji, Kajol accompanied her husband Ajay Devgn to a reality show. Kajol donned a red saree recreating her iconic look from Kabhie Khushi Kabhie Gham. The saree she wore was black and burgundy in colour with intricate zardozi embroidery all over. It also had a heavy golden border. It has been reportedly designed by Ritu Kumar. Kajol paired the saree with a three-quarter sleeved black blouse with matching border. The embroidery work on the saree is said to be inspired by the traditionally woven Benarasi saree. This beautiful saree donned by Kajol reportedly costs approximately ₹ 1,20,900.

For the event, Kajol accessorised her saree with beautiful jadau choker and bangles from Joolry by Karishma. She kept her makeup minimal and completed the look with red lips. Her hair was styled in a pulled-back bun. The look was completed with a red bindi.  Kajol, on Instagram, had posted the photos with the caption "K3G revisited ???? ;)". Fans have gone gaga over the actor’s look. Praises and appreciations poured in for the actor. 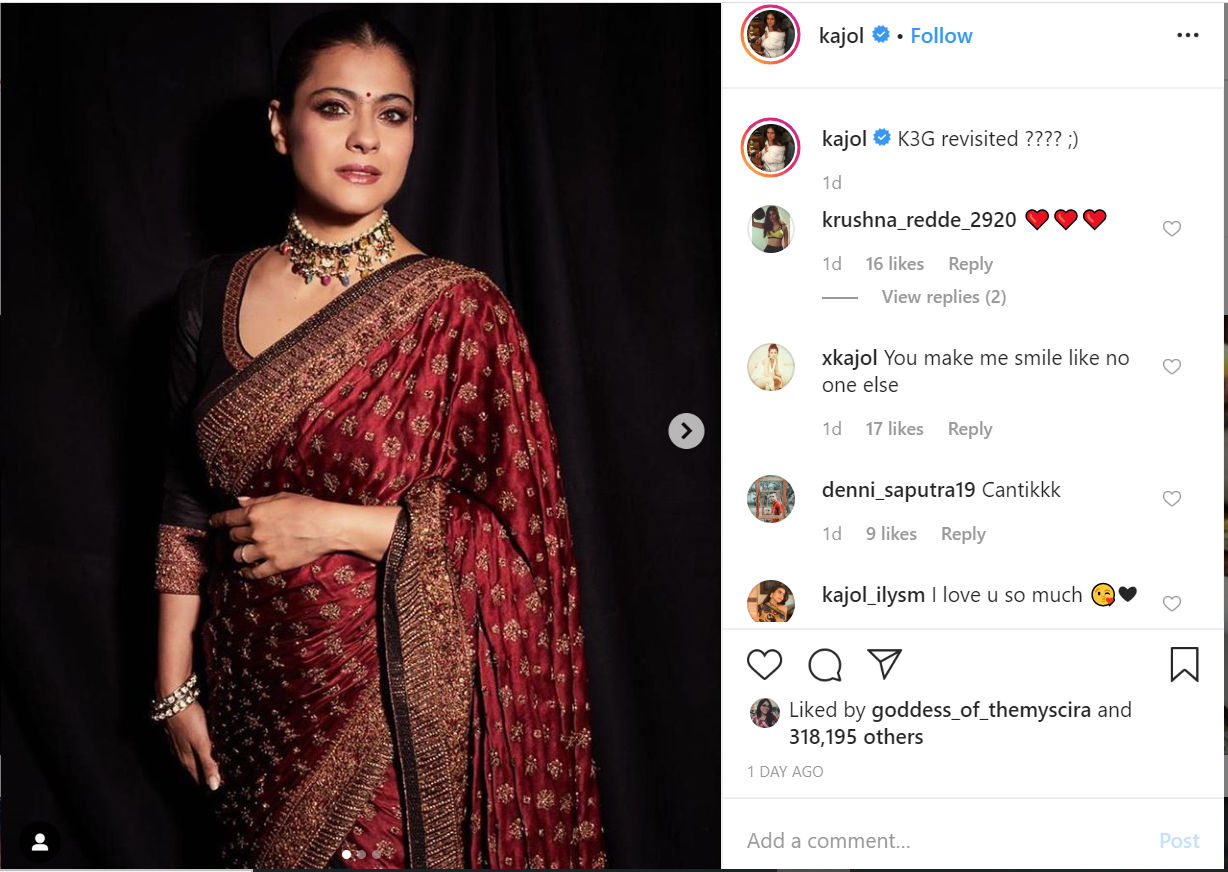 Also Read: Kajol: Ajay Wanted Me To Be Part Of The Film So That He Didn't Have To Pay My Fees 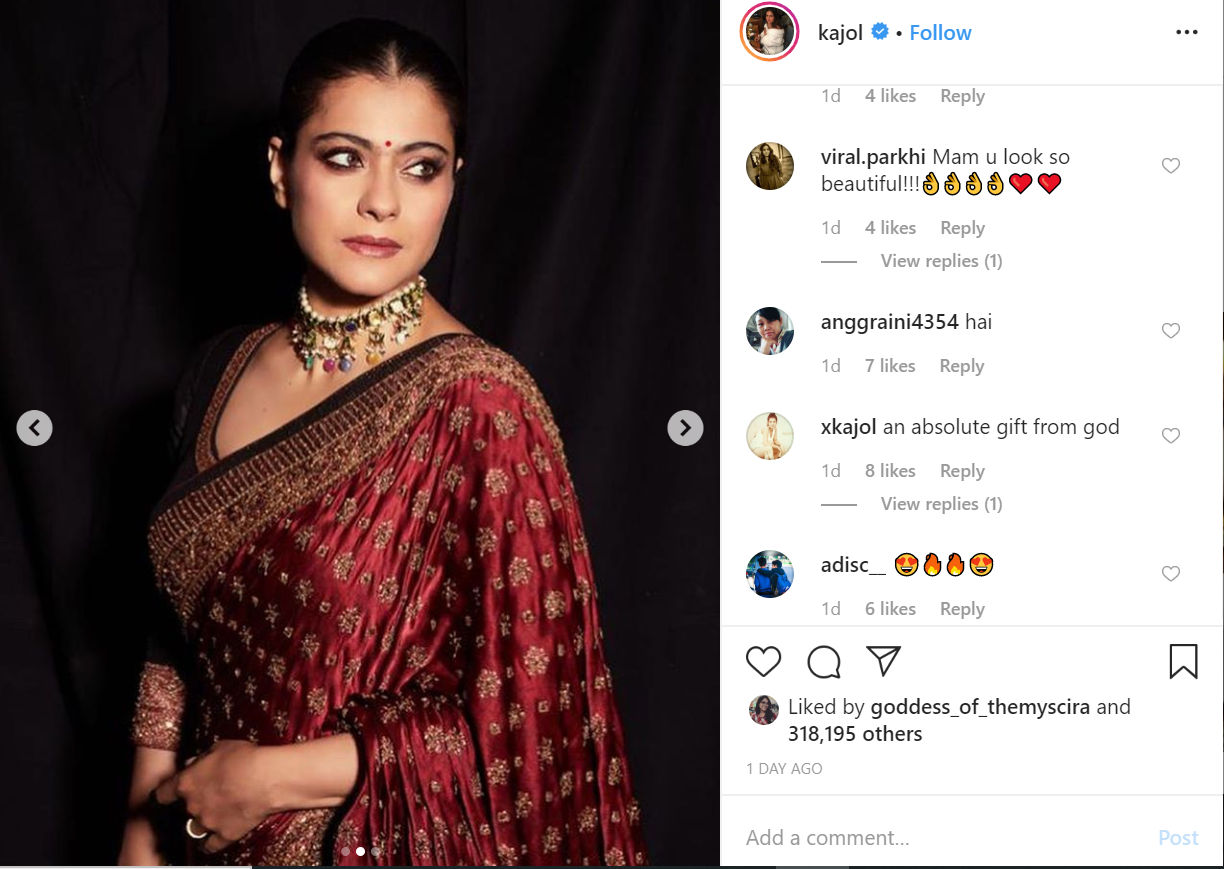 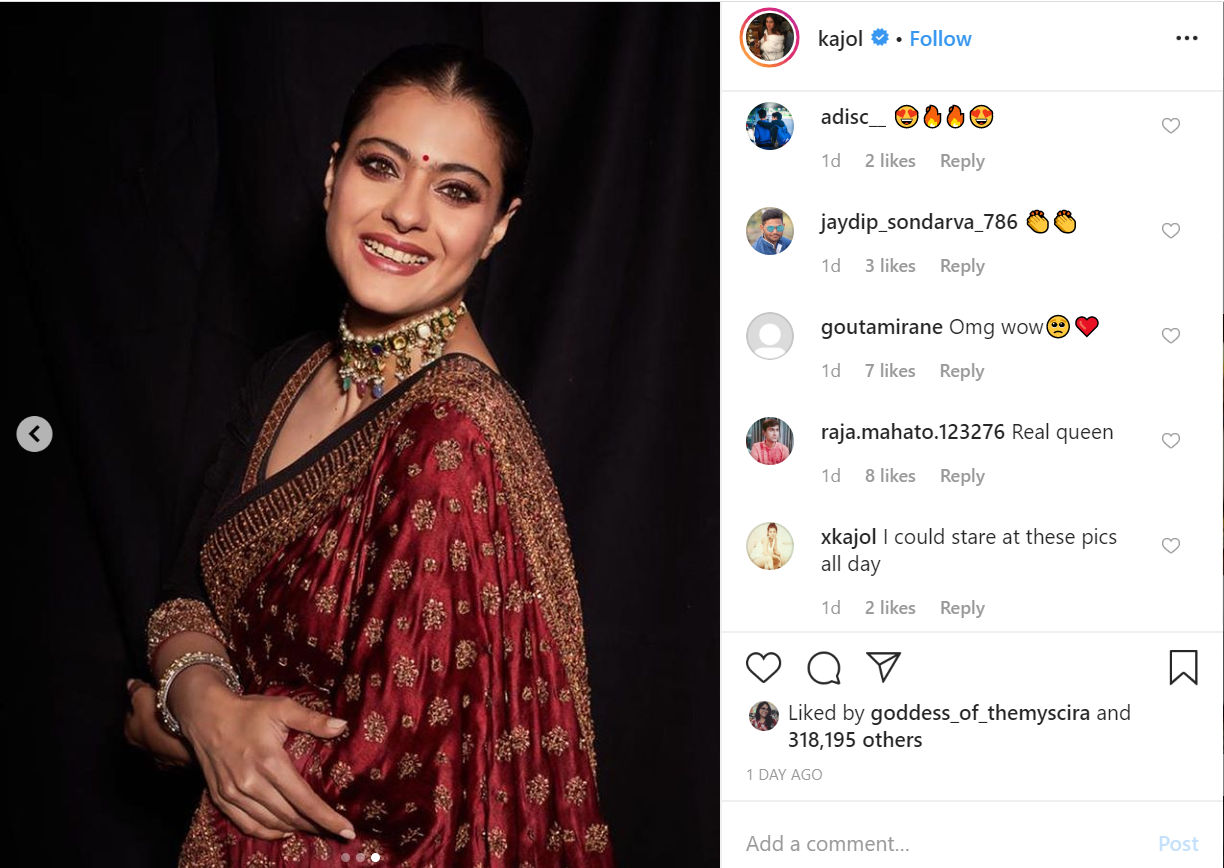 Also Read: Kajol Is All Set For Her OTT Debut In 2020 With The Film Tribhanga

Also Read: Tanhaji Actor, Kajol Says, "I Guess I Have Had 105 Comebacks So Far"