Akshay Kumar, Ayushmann Khurrana and Tahira Kashyap were spotted together returning to Mumbai after attending the 66th National Awards ceremony in Delhi

Akshay Kumar might be a part of the upcoming movie Good Newwz, but he seems to be influenced by Kartik Aaryan's Pati Patni Aur Woh. The pati and patni in question are the fan-favourite couple Ayushmann Khurrana and Tahira Kashyap. Akshay Kumar became the 'woh' in between the two!

ALSO READ | Akshay Kumar: Here Is A List Of Best Co-stars Khiladi Kumar Has Worked with

Ayushmann Khurrana and Tahira Kashyap attended the 66th National Awards ceremony in Delhi. The two arrived back to Mumbai and were joined by Akshay Kumar. The three were spotted in General Aviation Terminal at Kalina near Santacruz Airport aka Private airport.

While Ayushmann and Tahira were clicked by the paps together, Akshay joined the couple. Akshay first clicked pictures with Ayushmann Khurrana. He then posed with Tahira Kashyap for the paps. 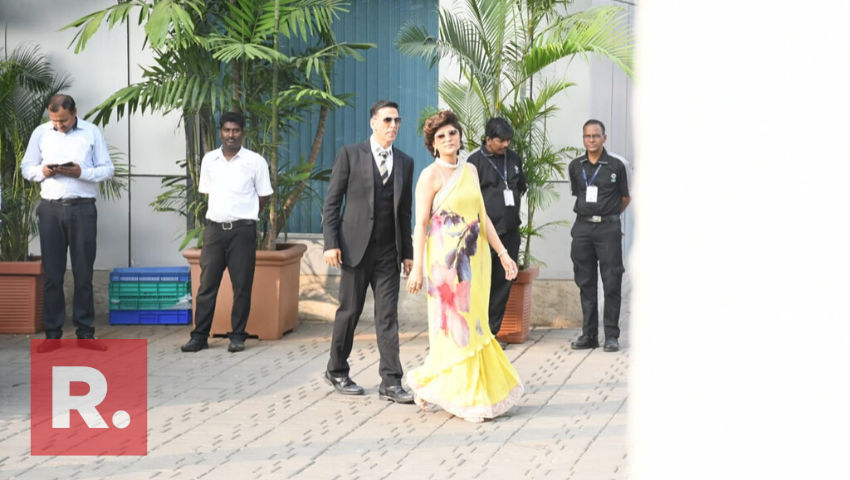 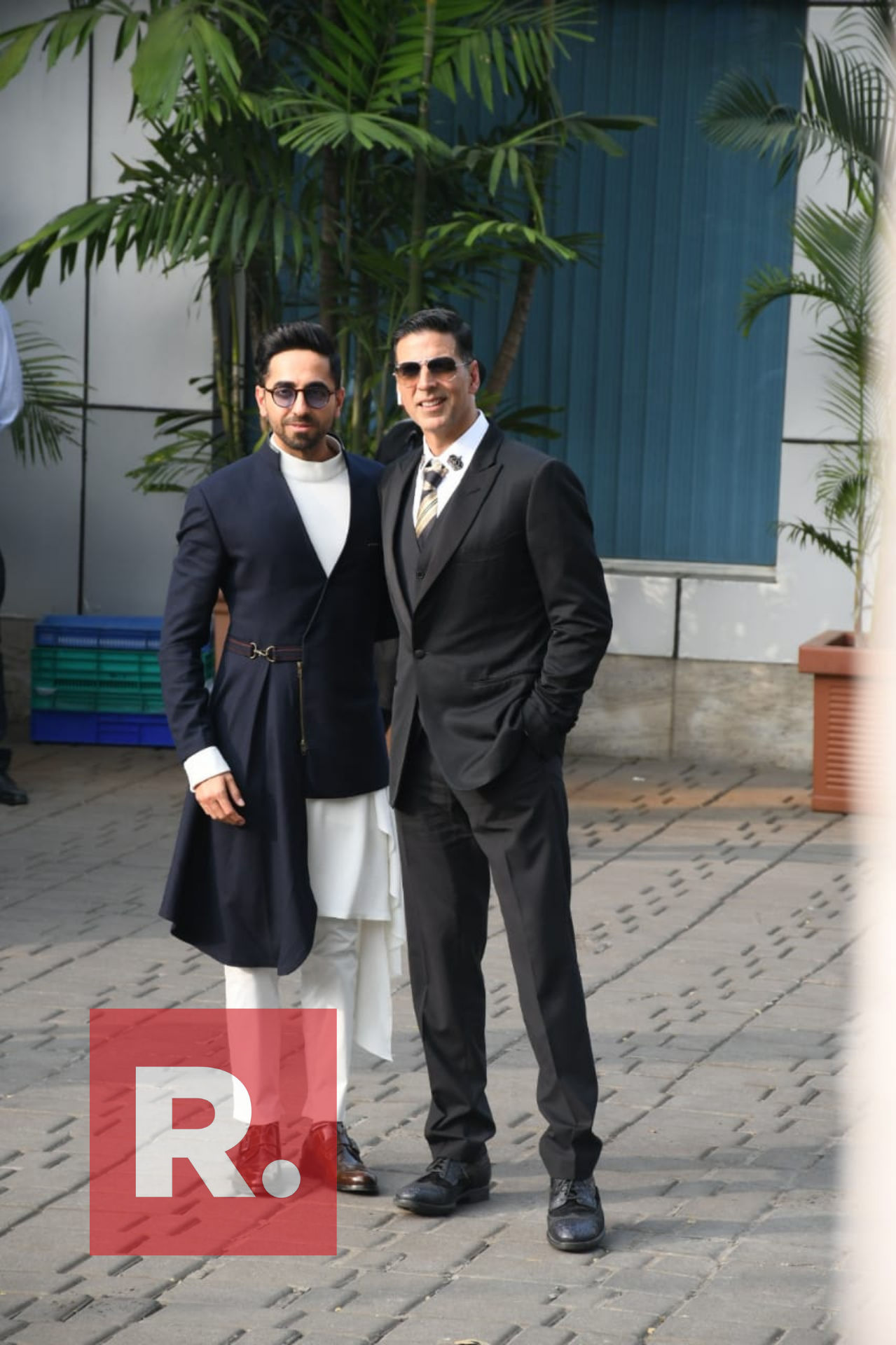 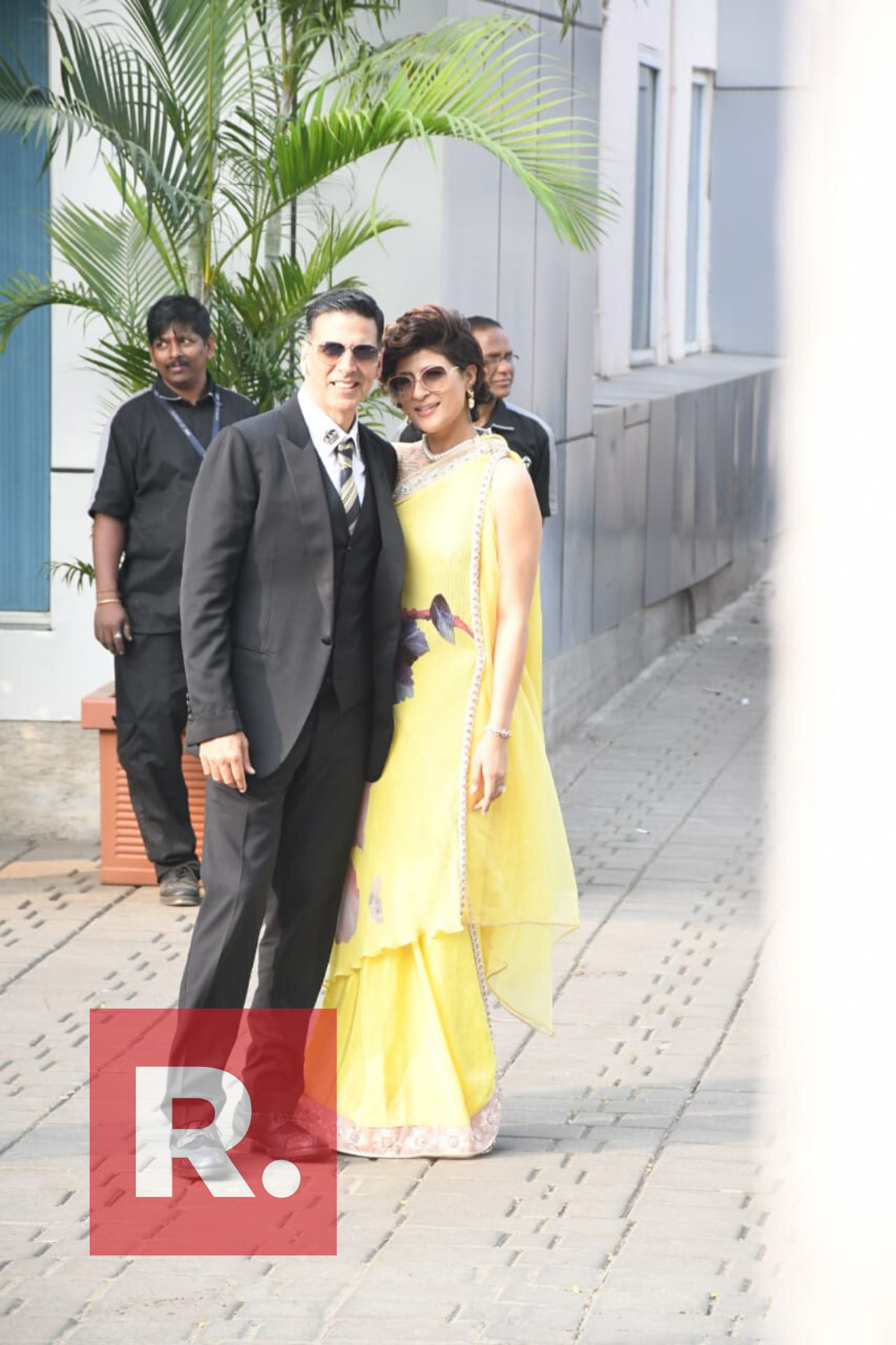 Ayushmann Khurrana won the best actor award for Andhadhun. He shared this award with Vicky Kaushal, who got the same for the movie Uri: The Surgical Strike. Akshay Kumar was also honoured for the movie Padman.

Akshay Kumar is currently busy with the promotions of his upcoming movie Good Newwz. He will be starring in the movie alongside Kareena Kapoor Khan, Diljit Dosanjh, and Kiara Advani. The movie will be releasing on December 27, 2019. Akshay Kumar was last seen in the movie Housefull 4 alongside Riteish Deshmukh, Bobby Deol, Kriti Sanon, Pooja Hegde, and Kriti Kharbanda.

Ayushmann Khurrana will also start the year 2020 with the movie Shubh Mangal Zyada Savdhaan. The movie will be releasing on February 21, 2020. The movie will be starring Maanvi Gagroo, Jitendra Kumar, Neena Gupta, Manu Rishi Chadha, Pankhuri Awasthy, and Gajraj Rao. Ayushmann was last seen in the movie Bala. The movie starred Bhumi Pednekar and Yami Gautam and was directed by Amar Kaushik.