Arjun Rampal took to his social media to share throwback pictures from his school days and asked his fans to spot him. Read further to see the pictures.

Arjun Rampal has treated fans to a major throwback picture of himself from his school days. Arjun shared the picture on his timeline and fans were delighted to watch Arjun in the vintage look. The actor even mentioned a small snippet from when the picture was taken.

Arjun Rampal asks fans to spot him in throwback pictures

Sharing a series of pictures on Instagram, Arjun Rampal wrote that the following pictures were taken 30 years ago in the month of May. Arjun added that the photo shows the class of 1990 from Kodaikanal International School. Sharing the picture, Arjun reminisced about his old friends and called them his besties. He hashtagged the picture as a 30 year anniversary since the picture was taken. He also asked his followers to spot him if they can. 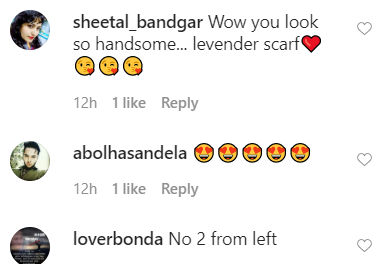 Also Read | 'Will Be A Story To Tell Him': Arjun Rampal On Being Stuck With Gabriella & Son In Karjat

Arjun Rampal is currently observing the lockdown rules by staying indoors and spending quality time with his family. The actor is often seen posting several pictures and posts from his personal life on social media. Arjun has been sharing several pictures of his girlfriend Gabriella Demetriades and his son Arik. Fans find the posts to be adorable and amusing. On the work front, Arjun Rampal was last seen in Paltan, which released in 2018.

Arjun shared screen space with Jackie Shroff and Sonu Sood in the film. He will soon be seen next in Shailesh Varma’s Nastik, which also features Meera Chopra and Harshali Malhotra. Fans of Arjun Rampal are quite excited about this project and are eager to watch him back on screen.

Also Read | Arjun Rampal To Essay The Role Of Mahar Warrior In ‘The Battle Of Bhima Koregaon’?