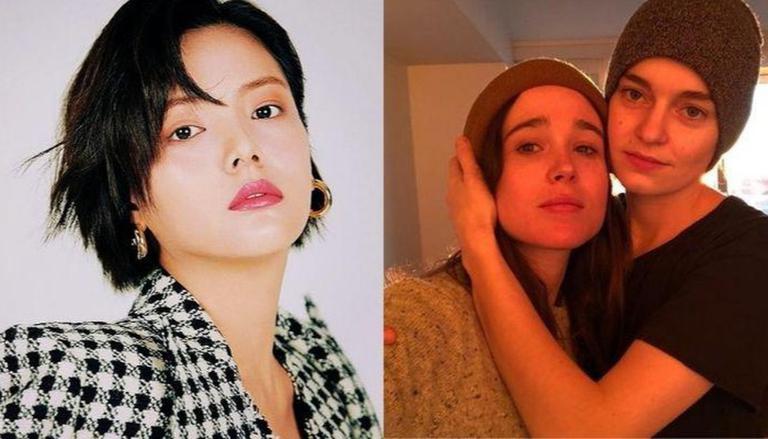 A number of events took place in the entertainment industry today. From South-Korean actor Song Yoo-jung's death to Elliot Page's divorce with Emma Porter, many events made headlines on January 27. Read further ahead to know about today's entertainment news recap.

Also read | What Happened To Song Yoo-Jung? All About The South Korean Actress Who Passed Away At 26

Also read | Elliot Page And Emma Portner Have Filed For Divorce; Details Inside

Here are the latest entertainment news of the day

Song Yoo-jung passed away on January 23 and was 26-years-old. Her funeral was held on January 25. The cause of her death is still unknown. There is no official announcement from her agency regarding the same as well. She was popularly known for her roles in Golden Rainbow and movies like Make Your Wish and School.

Elliot Page and Emma Porter are headed towards divorce after being married for three years. According to a report by The Hollywood Reporter, Elliot is quoted saying that the decision was a very difficult one to take for the both of them. He has also said that they continue to respect each other as individuals. The couple separated last summer.

Suriya's Soorarai Pottru has entered the Oscars under the General Category in Best Actor, Best Actress, Best Director, and Best Original Score and among others. Co-producer of the movie Rajsekar Pandian took to Twitter to make the announcement of the same. He also informed netizens that the movie is being made available for the academy members for voting and nominating at the Academy Screening Room.

According to a report by Pinkvilla, Thalapathy Vijay's Master has earned 185 crores domestically and a whopping 225 crores internationally. These collections are from the movie's two-week run at the theatres. The movie was released on January 13, 2021. The makers have also announced that the movie will be available for streaming on Amazon Prime Vidoe on January 29, 2021.

Gul Panag has expressed her anger at the violent turn of events at the farmers' tractor rally in Delhi on January 26, 2021. She took to Twitter to say that she has always supported the farmers and their peaceful protests since day one. She also tweeted that the Tricolour cannot be disrespected.

The Tricolour CANNOT be disrespected.
Absolutely unacceptable.
Must be condemned unequivocally.

Undesirable turn of events.
I have supported this peaceful protest from day one, however this violent turn is condemnable.
And, on this sacred day, only the Tricolour 🇮🇳 should fly aloft the Red Fort.