Kartik Aaryan has established himself as one of the most popular new generation actors in Bollywood. He has been an active user of the social media where he gets millions of praises by friends and his fans. The actor recently posted a picture of him wearing a grey t-shirt that had a teddy on it. Kartik captioned the picture with, “This Teddy is an Insomniac 💤 🐻”. Read more about Kartik Aaryan’s Instagram post. 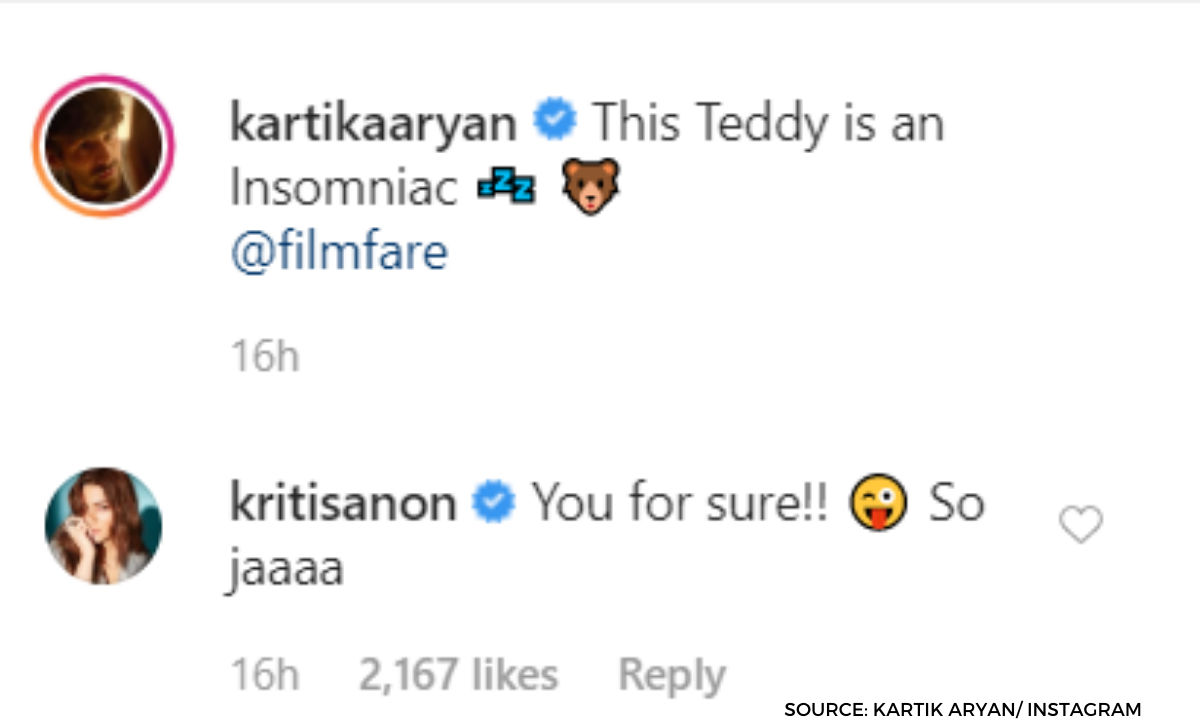 Kartik Aaryan took to his Instagram to share a picture of him wearing a teddy t-shirt. The Love Aaj Kal star humorously wrote that the teddy is insomniac and a number of people have replied with what they think. His Bollywood buddy, Kriti Sanon commented on his picture and said, “Soo jaa”. On the professional front, Kartik Aaryan is going to be seen in Bhool Bhuliyaa 2. Read more about Kartik Aaryan’s upcoming, Bhool Bhulaiyaa 2.

The makers of Bhool Bhuliyaa 2 have recently announced that Kartik Aaryan and Kiara Advani, the lead actors have already sharted shooting for the film. Reportedly, the second schedule of the sequel of the Akshay Kumar starrer, will start in the coming year i.e January 2020. The film also roped in the Drishyam star, Tabu to play a prominent character for the film. The movie is all set to hit the cinemas on July 31st, 2020 and it is going to be the first time where the audience will be seeing Kartik Aaryan, Kiara Advani and Tabu share screen space.