Kunal Kemmu took to his Instagram to share a video of him getting a haircut. He also gave the video an intriguing caption. Check it out.

Actor Kunal Kemmu took to his Instagram to share a video of his haircut. While sharing the video he added the caption about his looks. In the video, Kunal is calmly sitting while his stylist is trimming his hair. He added two stickers on his video, "Before" and "After", indicating the change. He captioned the video as, "New year new look". He added the famous title song of web-series Scam 1992 to the video. 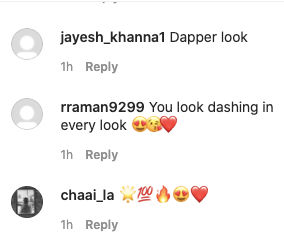 Kunal Kemmu's video received massive comments from his fans. One user wrote, "Dapper Look", and the other one wrote, "Suits you". Many fans flooded the video with fire emoticons. Kemmu is quite active on social media. He shares pictures from his sets as well as from his photoshoot. In his Instagram stories, he reposts the memes made on him. On New Year's, he shared a picture of himself lying on the floor with balloons. He captioned the image as, "Happy New Year!!" Check it out:

The film also stars Rasika Dugal, Aryan Prajapati, Vijay Raaz and Ranvir Shorey. The story revolves around a common man who finds a bag full of money while returning home. His life changes when the goons start following him for the money. Lootcase is a light-hearted comedy movie.

Kunal also appeared in the web series Abhay 2, alongside Asha Negi, Ram Kapoor. On the work front, it has been reported that Saif Ali Khan, Kunal and Vir Das will reprise their roles in the upcoming outing, Go Goa Gone 2. The movie will be a sequel to the 2013 film with the same title. The makers released the poster of the movie in January 2020. The film will be helmed by Dinesh Vijan, whereas the original film was directed by Raj Nidimoru and Krishna DK.

IT'S OFFICIAL... Producer Dinesh Vijan and Eros International reunite for #GoGoaGone2... Sequel of #GoGoaGone... Will take off where the original ended... Starts Sept 2020... March 2021 release. pic.twitter.com/FCm304xDeB