Malaika Arora Takes Inspiration From Kim Kardashian, What Do You Think?

Malaika Arora was recently spotted in the city in an all-nude sporty look. Fans also gushed at the diva's outfit. Read on to know more about this in details.

Malaika Arora is a Bollywood actor who is also considered a fitness enthusiast and ambassador for healthy living through yoga. However, this diva also seems to know how to slay the gym look. Almost often, Malaika is spotted on the way to her gym in fashionable sportswear. This time the paparazzi snapped her slaying an interesting look.

Malaika Arora's gym look this time consisted of a nude crop top and a pair of nude leggings. She had put on white sliders and carried a small backpack with her. She had tied up her hair in a pulled back bun. Malaika Arora's gym look was complete with a pair of black sunglasses. She waved at the paparazzi and then ran inside probably late for her workout. Fans have reacted with hearts and encouraging comments on Malaika's video.

Malaika Arora's gym look was also shared by her on her Instagram story. Apparently it is part of a sports brand's new collection. Malaika had also shared a picture of Katrina Kaif wearing the same outfit as the brand's ad campaign. 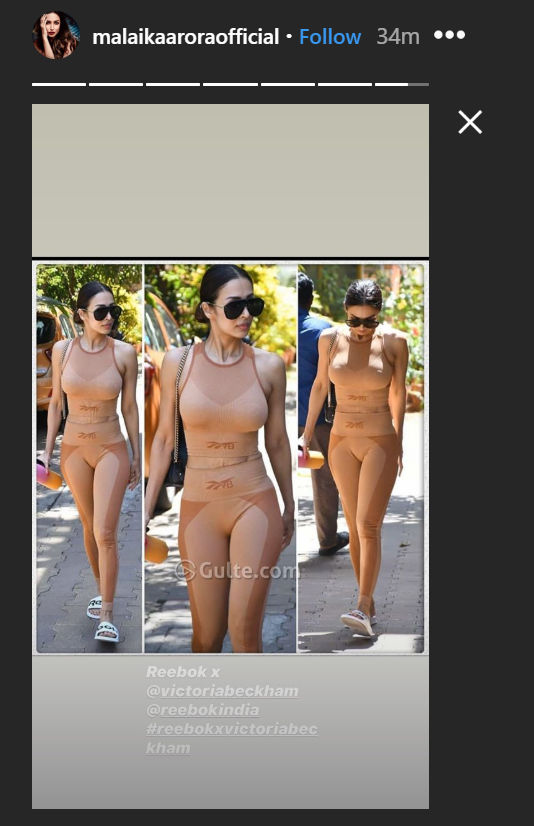 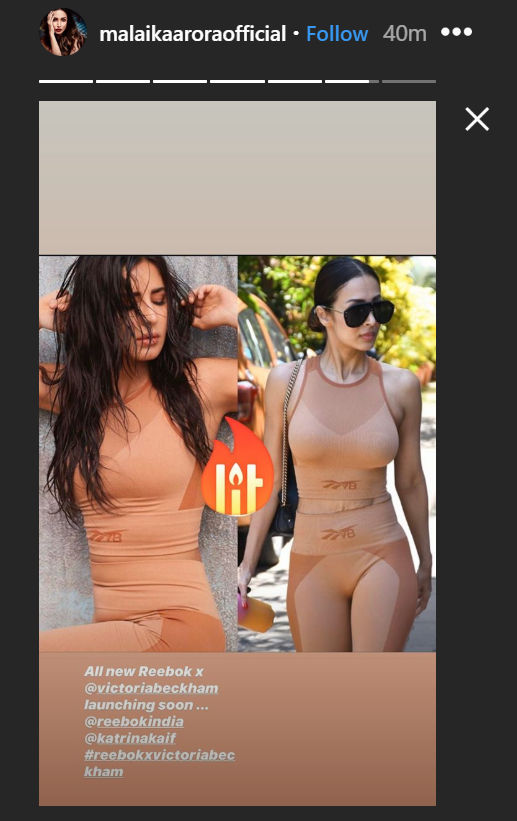 Malaika Arora in her gym look has been snapped multiple times by the paparazzi. Each time the diva managed to slay every outfit like a fashionista. Here are some pictures from Malaika Arora's outing this evening:

For other Malaika Arora news, the actor is currently a judge on MTV's modelling reality show, Supermodel of the Year along with Masaba Gupta and Milind Soman. She is also currently judging a dance reality show called India's Best Dancer. Malaika Arora will also appear as a judge on the upcoming season of India's Got Talent.